ZTE subsidiary nubia already launched the V18 midranger and the Z18 mini, but all eyes are on the upcoming flagship nubia Z18. A phone with the model number NX606J appeared on the Chinese regulatory website TENAA. The phone is in the pipelines with a Snapdragon 845 chipset and 6 GB RAM, although it will have an 8 GB variant like the predecessor nubia Z17s. 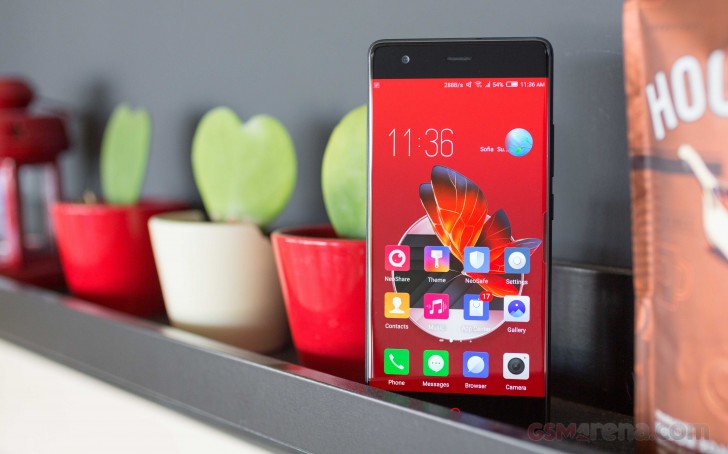 The display of the nubia Z18 will be 5.99” LCD with a Full HD resolution. Storage will be either 64 GB or 128 GB. Expected to arrive with dual cameras, the primary sensor is listed at 24 MP, while the secondary sits at 8 MP, same as the selfie camera.

Arriving with octa-core CPU and Adreno 630 GPU, the 6 GB RAM phone scored 271,674 on AnTuTu back in February, leaving us hoping the phone will once again be a true powerhouse. This should happen if it arrives with stock Android Oreo 8.0, just like a company representative promised, and not the heavy modified Nubia UI. 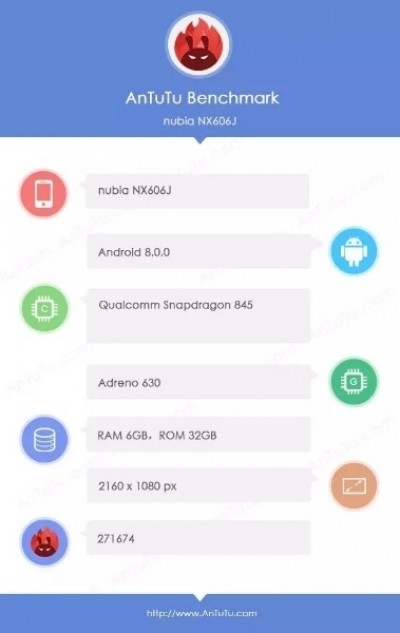 Nubia Z18 on AnTuTu back in February

The battery is listed as 3,350 mAh and hopefully, it will come with Quick Charge 4+ capabilities, given the Z17 sported Quick Charge 4.0.

Weighing 172 g and measured at 148.58 × 72.54 × 8.55 mm, the nubia Z18 is still being prepared for a launch. Usually, the flagship of the ZTE subsidiary arrives in the early days of summer and we are hoping the new device will follow the trend.

That's because the mini isn't a flagship

From now on, the international nubia phoned will be android one phones. Which means faster updates.