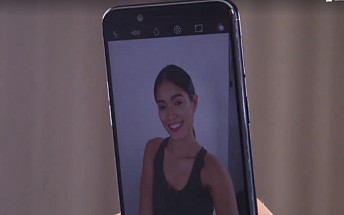 Turns out the rumors were correct and Oppo has officially confirmed that the F5 smartphone will be unveiled on October 26. The confirmation came in the form of a Facebook post from the company's Philippines subsidiary.

It's reasonable to assume that the Philippines will be one of the first markets where the device will be made available. There's, however, currently no information on the price tag the handset will carry.

The Oppo F5 is expected to sport a minimal-bezel 18:9 screen, and feature a 20MP rear camera and a 16MP dual camera setup on the front for selfies. Other rumored specs include 6-inch display, 6GB/64GB memory, Snapdragon 660 SoC, and a 4,000mAh battery.

Oppo F5 appears on posters in the Philippines

WTH Oppo?! F3 and F3 Plus just 5 months old and now you're gonna release the successor of those phone?!

The only downside wity Oppo is that they don't update there OS on there past phones.