OnePlus will hold a launch event for the new OnePlus 10T on August 3 in New York City's Gotham Hall. You can buy tickets for the event and get OnePlus Nord buds and "other OnePlus swag" as part of the deal.

The OnePlus 10T will be the star of the show, but OnePlus will also show off its new OxygenOS 13.

The OnePlus 10T will go with the slogan 'Evolve Beyond Speed', but the main improvement over the 10 Pro is precisely in speed, courtesy of the new Snapdragon 8+ Gen 1 chipset. It will have a slightly different design to the OnePlus 10 Pro as well. 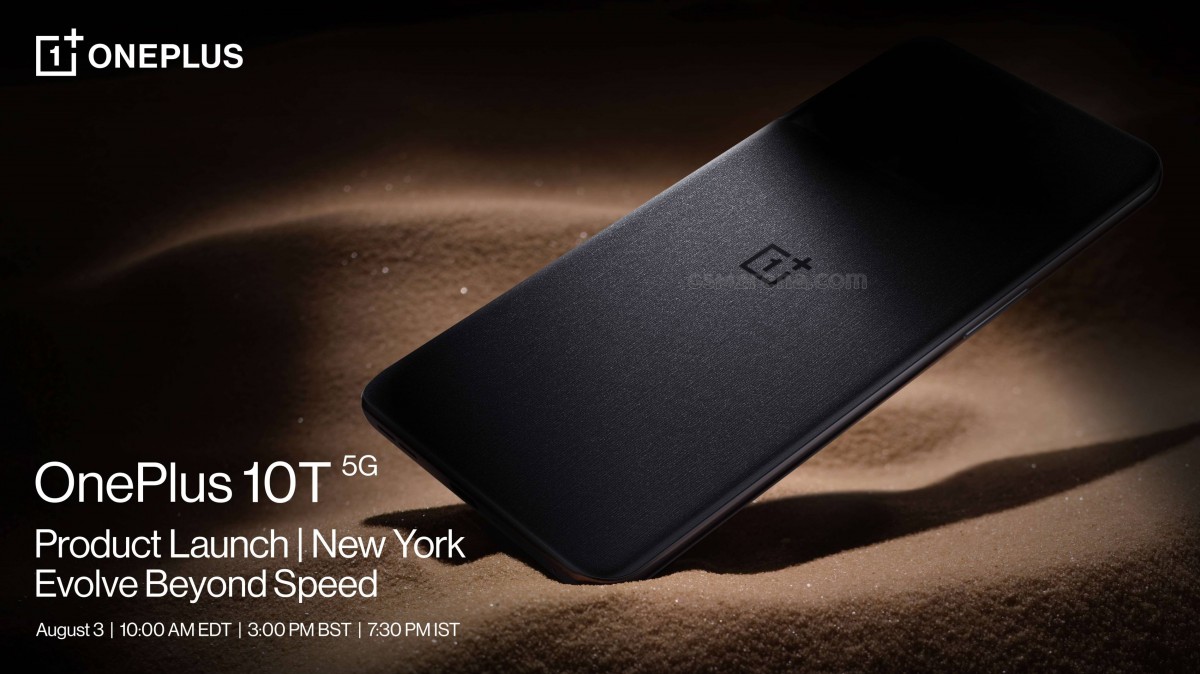 The keynote from the event starts on 10 am Eastern Time.