Actor Wang Yibo is the celebrity endorser of the Redmi K30 series and accidentally or not, some promo shots with the him holding the upcoming phone have leaked. Previously, we saw the front, showing off the dual notch. Now it’s time to focus on the back.

You can see a quad camera arranged on a vertical camera hump. Based on rumors, it pairs a 64MP main shooter with a 12MP ultra wide, 8MP tele camera and a depth sensor. The circle around it is decorative and appears to be flat with the back. 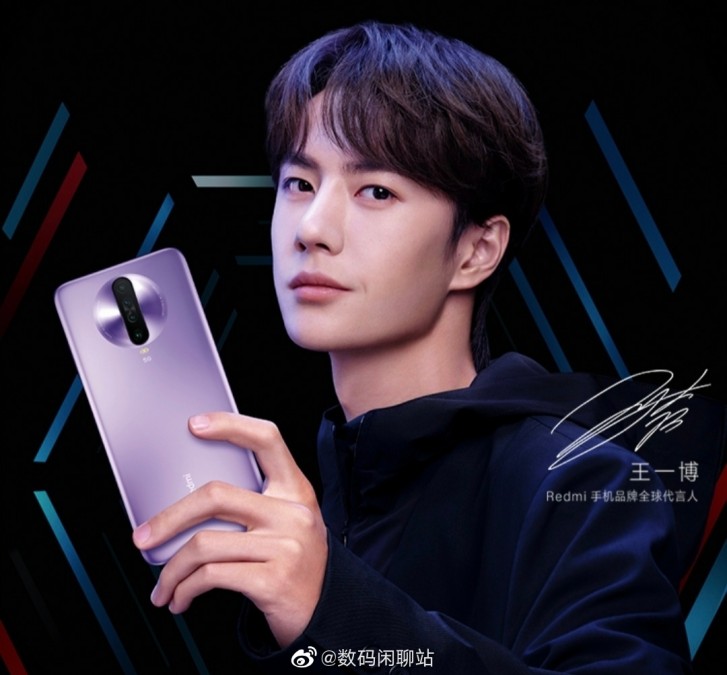 The 5G label below the camera indicates that this model will connect to the next-generation networks that are rolling out around the world. A 4G model is also expected for the countries (and users) that are putting off the 5G transition for a later date.

Some unconfirmed images of a similar phone are circulating the web, but they show only three cameras on the back. If these prove to be on the level, it means that the fourth camera will be further incentive to go with the 5G-connected Pro model. 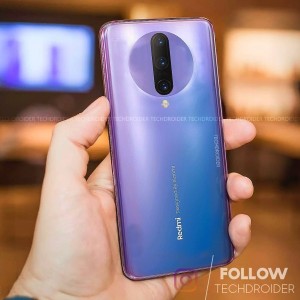 A photo of the Redmi K30 4G showing only three cameras

The Redmi K30 phones will be unveiled in just over a week, but there will be more info teased tomorrow.

By the way, users in China will be able to enter a lottery for a chance to win a K30 phone signed by Wang Yibo himself. Here’s one more photo of him with the phone, this one looks like a “behind the scenes” shot. 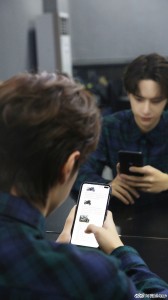 A candid photo of Wang Yibo holding the Redmi K30

New batch of Redmi K30 leaks: official renders of front, back and info on specs and prices

I just can't wrap my mind around the fact that they gave up on the popup camera design for punch hole and that too dual front cameras with a damn bar. And by looking at other specs aside from the chipset this seems like a clear downgrade from K20 Pro...

There is, it is side mounted in the power button

You've got the point there, that fone with that front camera hole on the screen shuld be called K10 or k10 pro