OnePlus says it's working with Snapchat to fix camera issues 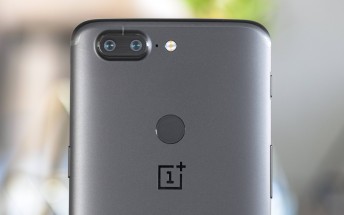 Earlier today we reported the latest OxygenOS 4.7.4 update for the OnePlus 5T. Even though the company optimized the Camera UI and improved the photo quality, owners of the phone who take pictures and videos on Snapchat still face a major issue.

When the camera is powered on in the app, it zooms in 2x and can't be forced to take normal snaps.

As seen on our screenshots, Snapchats UI fills the whole screen. In order to achieve that, it also switches from the default 4:3 camera ratio to 18:9, which may be another inconvenience.

Snapchat sees plenty of selfie sharing and fans are displeased because the same issue appears on the front camera. This means the group photos and the popular dog filters cannot be applied properly.

OnePlus fixed the UI on their side with the latest OTA update, now it is time for the social network to step in and fix the problem.

ye, that's what a smartphone is for, to take proper selfies looking like a dog or wearing fake glasses. Normal users take selfies with family members and upload it to facebook or a personal website. Real oneplus users use the pro mode and take beau...

Oneplus phones are for enthusiasts, not fking snapchat users. Who cares about that. We need a better camera app, similiar to googles HDR camera. But no, people complain about snapchat not working properly. Jesus christ...