The OnePlus 6 announcement might be months away, but we already know a lot about its design and specs. And now we can shed some light on the expected pricing. 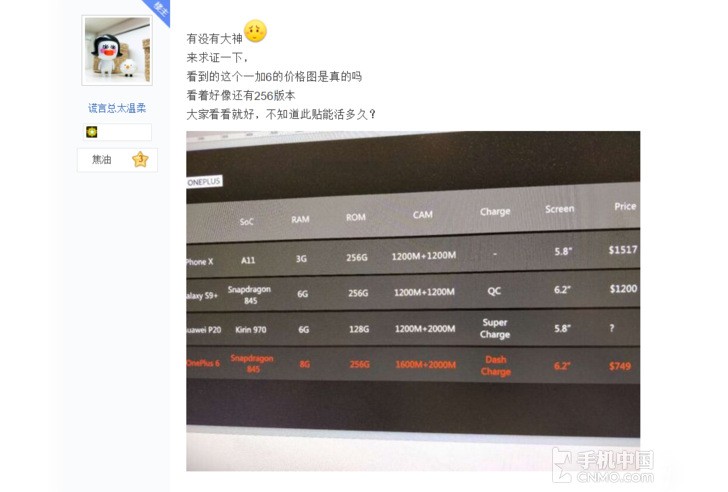 Now looking at this photo - it lists the maxed versions of the smartphones in there. So, we'd guess that the regular model of the OnePlus 6 will most probably have 128GB storage and would be less expensive.

Now if we were to guess, the base model, should it be with 64GB or 128GB storage, would cost about the same as the OnePlus 5T at launch. The upper versions are naturally more expensive, but it's too early to get a fixed price for a smartphone launching in June, probably even for OnePlus itself.

While you wait you can feast your eyes on the leaked images and check out the specs of the OnePlus 6.

A device that runs dead in half the time because of higher resolution is not worth it. Besides, I doubt you can see the space between the pixels. I am still using my 3T and have no complaints other than the camera.

Well, even though it says it costs $750, the iPhone X or any other phones displayed aren't the price that is mentioned here. Therefore, I think the Oneplus 6 256GB model will be around $600

I agree. The notch is dumb.