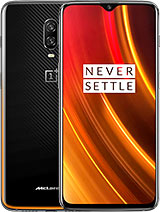 anonymous just keep anonymous pls.. if you dont own it then dont go firing all u want.. experience it first.. then u can talk

Anonymous, 09 Jan 2019Who needs stereo speakers? Seriously, who?The same people who have 2 ears. I mean you only need one ear right? Or one eye.

Anonymous, 09 Jan 20193GB of RAM on iOS is literally equivalent to 4GB - 6GB of R... moreno dude YOU are uneducated, there is a lot more to it than spec sheets. Yes on paper it is hella weaker but it's the way it works u dummy. the processor parts talk directly to each other instead on android phones which just carry things around. the apple A11 has 2 performance cores and 4 efficiency cores. So when u use a demanding game, (for eg. PUBG) it will fire up those performance cores and whenever ur not doing anything remotely demanding (for eg internet surfing) then those efficiency cores will be harder at work. And has great battery life, why else was it considered the most powerful phone in the world. Learn that there is more to a phone then spec sheets 🤦‍♂️🤦‍♂️

Adoogle, 19 Apr 2020You speak the truth about the iPhone, but I cannot grapple ... moreCouldn't agree anymore. iPhone is a total waste of money but can't help if it's her preference for usage over Android phones.

Adel J, 01 Feb 2020I bought a new iPhone X for my wife few weeks ago, I realiz... moreYou speak the truth about the iPhone, but I cannot grapple the fact that in spite of you knowing about the abysmal price to performance ratio of the iPhone, you still purchased one for your wife.

I'm sure you're kicking yourself for not purchasing a OnePlus 7/7 Pro for her.

iPhones are for people who would much rather spend more on themselves for a substandard product, than to spend less for a better product, leaving a few hundred in change to give to a worthy charitable cause.

Anonymous, 09 Jan 20193GB of RAM on iOS is literally equivalent to 4GB - 6GB of R... moreI bought a new iPhone X for my wife few weeks ago, I realized that the phone can't handle one heavy and mid app such as; call of duty and WhatsApp!!!!! It kills the RAM process when moving to WhatsApp and back to call of duty, the entire app gets releaded!!!

Whereas my OnePlus 7T Pro flawlessly runs tons of apps in the background where you can easily select and ready to go anything running - So not entirely true the propaganda you're trying to promote in here - iPhones are mediocre in specs and weak in some of the performance in day to day usage.

Im taking the book to the school

MARTIS, 26 Feb 2019No waterproof? no 3.5 mm jack? expensive phone that wou... morehow about iphones before introducing waterproof models.... it was epensive too without waterproof right??

Been using this beautiful bad boy for 6.5 months.
The underscreen fingerprint sensor is not working very well from the beginning, I tried different fingers and even people
Screen is beautiful, responsive and clear, everything works super smooth, this is defiantly the best device I have owned.
Highly recommended.
Battery still charges 50% in less than 30 minutes and lasts for more than 24 hours.

I am using this phone for 3 Months. Before I had iPhone X, I changed it because in low light iPhone X is pretty bad in photography and also in regards to speed its way better than iPhone X. I still use X because of its Company phone. For me, this is the best phone I have ever used, Amazing performance.

Anonymous, 06 Apr 2019I don't have to eat crap to know it tastes bad.I happen to disagree with you on that , unless someone that you trust told you that !
On the other hand , how do you know that sugar is sweet , if you never tasted it before ?

Anonymous, 09 Jan 2019Actually, OnePlus does that. Apple doesnt give a flying hoo... moreI'm android fan and owned all iphones. Iphones are nice devices but if I can not copy my videos to my phone and play just like that and stream to tv and select mp3 as ringtone then apple is just a phone but not smart enough for smart user.

Anonymous, 12 Feb 2019Pixel Density isn't important at this level. The resolution... moreThat's problem bro for cardboard VR, min for VR at least is 500ppm. Before that u will notice dot pixel. At this time I very consider to change my phone just for high ppm.
Flagships phone but not VR ready, that's disappointed.
Even for samsung, Huawei flagships are Google daydream ready.