OnePlus 8 and 8 Pro have sold out in China, company shifts production to resume sales

The OnePlus 8 phones may be pricey, but they sure are popular – CEO Pete Lau posted that all versions of the 8 series have been sold out in China. The level of demand has surpassed the company’s expectations.

Even the OnePlus 8 Pro at its CNY 6,000 price tag (close to $800) is all gone. The Pro model with 8/128GB memory proved to be the most sought after version, not that we’re surprised by this. And even though it’s less eye catching, admits the CEO, the OnePlus 8 has proven quite popular in its own right and is sold out as well. 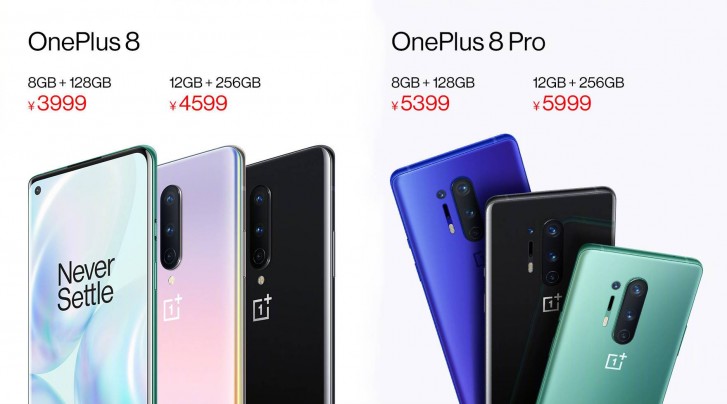 “Thank you for your support and understanding, we will resume sales and supply as soon as possible,” says Lau.

He adds that OnePlus will focus on meeting the domestic demand by shifting its production capacity away from units meant for international sales and towards phones going to Chinese retailers.

This won’t necessarily affect the availability in Western markets, however. We just checked and the European OnePlus sub-sites report shipping times around 3-4 days. Also, the North American launch is scheduled for the 29th, which is next Wednesday (originally, the Pro was going to launch on April 22).

OnePlus 8 and 8 Pro launch in China, you won't like the prices

OnePlus 8 and 8 Pro now available in Europe and India, US and China tomorrow

So mediocre design, who wants it?

Maybe they put 10000 phones on sale haha. Can't imagine they are fighting on 1000Euro phones, or maybe there are much cheaper.