The OnePlus 8T will be unveiled on October 14 and OnePlus has already confirmed it will sport a 6.55" 120Hz FullHD+ flat display. The Chinese phone maker also teased 65W fast charging, which has now been confirmed in a post on OnePlus Forums. 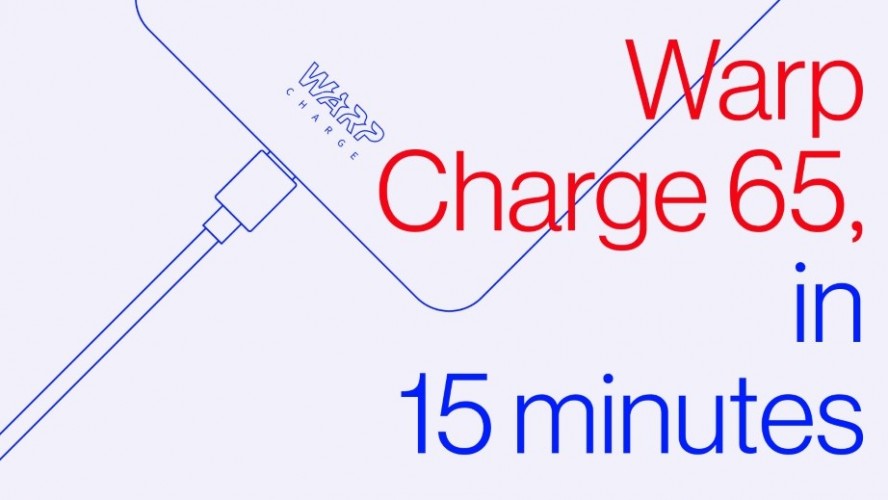 To achieve those speeds, the OnePlus 8T won't pack a single 4,500 mAh battery. It will come with two cells of 2,250 mAh each for faster charging. That's hardly a surprise, though, since other smartphones with 65W charging support like the Oppo Find X2 Pro, Realme 7 Pro, and the Realme Narzo 20 Pro also pack dual cells.

That said, unlike OnePlus' previous power adapters that came with a USB-A port, the Warp Charge 65 Power Adapter for the 8T will feature a USB-C port and will support up to 45W charging via USB PD, meaning you can even use it to charge compatible laptops and other devices. It's also backward compatible, so you can use it to charge your old OnePlus smartphones as well.

For safety and security, OnePlus has added an encryption chip to the adapter and the cable and 12 temperature sensors in the 8T for intelligent and efficient charging. Moreover, the company also added a new heat dissipation system to the OnePlus 8T to prevent it from overheating when charging.

While the 8T will charge faster than the 8 Pro and be the company's fastest charging smartphone, OnePlus CEO Pete Lau in an interview with PCMag said it won't support wireless charging, because "implementing the coil component needed for wireless charging would add to the phone’s thickness", which the company feels "would impact the overall design and user experience".

We are still over two weeks away from the OnePlus 8T's unveiling, so expect OnePlus to reveal more about it to build the hype.

One plus is no longer what it used to be. Higher prices, less features ! I guess their parent company, Oppo dont like competition.

Is this even healthy?

Dunno, i could use my oneplus phones while charging and the xharging time didn't cjange and phone didn't get hot either. Don't know about that 65w charging though