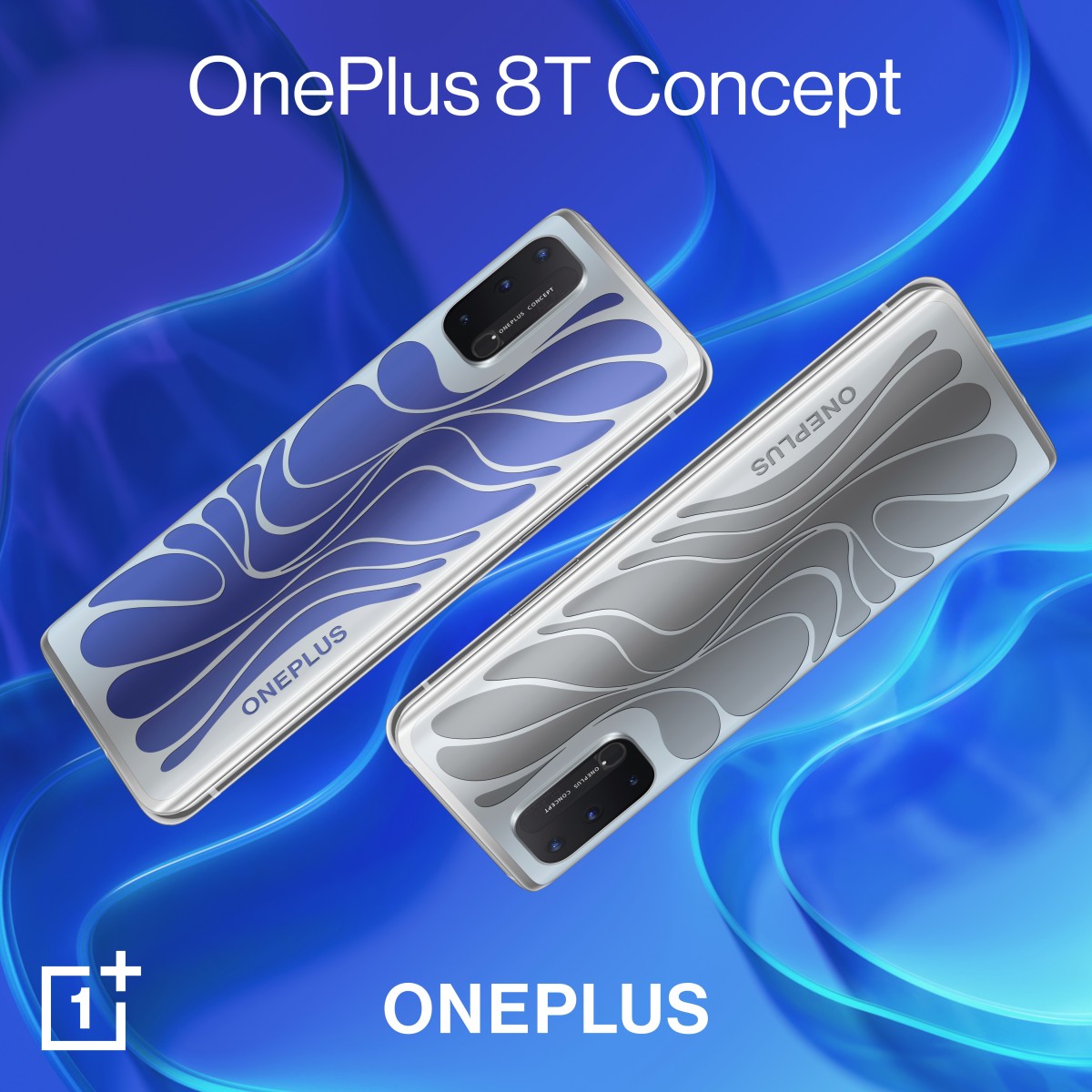 The back glass is etched in a way to mimic the shape of the Pamukkale hot spring terraces in Turkey.

The other thing that differentiates the OnePlus 8T Concept from the standard 8T is that it features a mmWave radar system, which can transmit and receive electromagnetic waves. This lets the radar system perceive, image, locate, and track objects. It can do this at a millimeter level and also works in any lighting condition in a way an optical ToF system may not.

So what does all of this achieve? In its current iteration, OnePlus says the color changing glass can be used as a notification system. The mmWave radar, which is embedded below the rear camera system, can be used to detect your hand gestures and you can, for example, accept or dismiss calls by waving your hand over the device.

OnePlus also made a breathing monitor app, which uses the mmWave radar to track the movement of your chest and can calculate the rate at which you're breathing.

The OnePlus 8T Concept is designed by a team within OnePlus called the OnePlus Gaudi. This is the same team that created the OnePlus Concept One device that the company showcased earlier this year at CES 2020. Team Gaudi consists of 39 designers from Shenzhen, Taipei, New York, and India.

As with the Concept One, the OnePlus 8T Concept is not meant to go on sale. It just showcases some of the tech the company is currently working on and may include, in another shape or form, in future devices.

It's a showcase of their technology and you pointed out stuff not at all relating to said technology.