OnePlus' new lineup consists of its two flagship models: the OnePlus 9 and OnePlus 9 Pro. With these devices, OnePlus establishes a new position with competing OEMs as it snags the Hasselblad camera brand in a new partnership to help it further develop OnePlus' camera prowess. OnePlus is using the tagline "Your best shot", so let's see what all the fuss is about.

You may be asking exactly how Hasselblad was involved in the development of the OnePlus 9's cameras. As per OnePlus, Hasselblad has collaborated with the OEM to calibrate the cameras' sensors and tune the color optics to behave as they would on high-end Hasselblad cameras - known for their accurate colors and image output in 16-bit RAW. While the OnePlus 9 can't quite shoot in 16-bit RAW, it does have the ability to do so in 12-bit color while using the camera's Pro shooting mode.

In this review, we're going to focus on the (slightly) smaller of the two. The OnePlus 9 does skip out on some of the features that are exclusive to the 9 Pro - which has extra camera features, a more premium display, and support for OnePlus new 50W wireless charger. Storage is now updated to UFS 3.1 for faster read/write speeds, as well.

The look and feel of the OnePlus 9's design do not deviate far from its predecessor. The OnePlus 9 keeps the flat display and the new plastic frame could fool anyone into thinking it was metal. Don't worry though, the front and back panes are still made of Gorilla Glass. The punch-hole camera cutout remains in the same spot for now, and the main camera cluster gets a new arrangement. 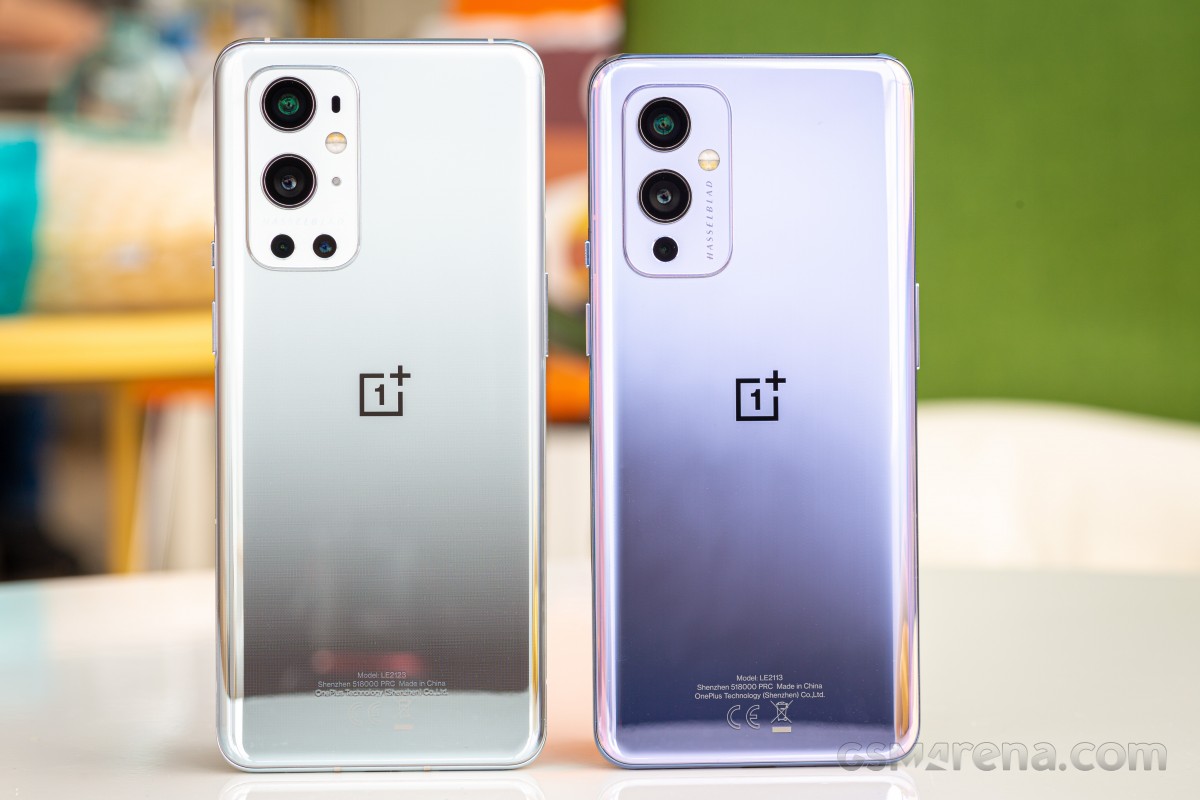 OnePlus 9 Pro next to OnePlus 9

Coming from the OnePlus 8, the 9 gets updated wired charging, updated camera modules, support for 120Hz refresh rate, and now supports bi-directional wireless charging, though only in select markets. The more obvious updates include the Snapdragon 888 5G Mobile Platform, and a bump in battery capacity.

OnePlus 9 specs at a glance:

The OnePlus 9 now shares the same dual-cell battery setup that debuted on the OnePlus 8T. This means that the 9 supports OnePlus' Warp Charge 65T. This tech quickly charges two smaller batteries that work in tandem and a full charge of the batteries' combined 4,500 mAh capacity is promised in about half an hour.

The camera module has been updated to the Sony IMX689 - the same sensor from the OnePlus 8 Pro. The difference here is that this one is tuned with Hasselblad's likeness. The ultrawide module is a significant upgrade. This is a large 50MP sensor that beefs up the performance of the ultrawide camera in low-light photography and when shooting video. It also has a fancy new lens that drastically minimizes distortion normally observed on ultrawide cameras - we're excited to test it out.

Let's dig into the OnePlus 9 and see what experience the entry-level OnePlus flagship has to offer. Let's start with the contents of the phone's packaging.

The OnePlus packaging has become a standard fare and the OnePlus 9 is no exception. Inside the now familiar red box is the phone at the top layer, followed by some paperwork, a silicone case in some markets, the 65W Warp Charge power adapter, and the usual red Type-C to Type-C USB 2.0 cable. 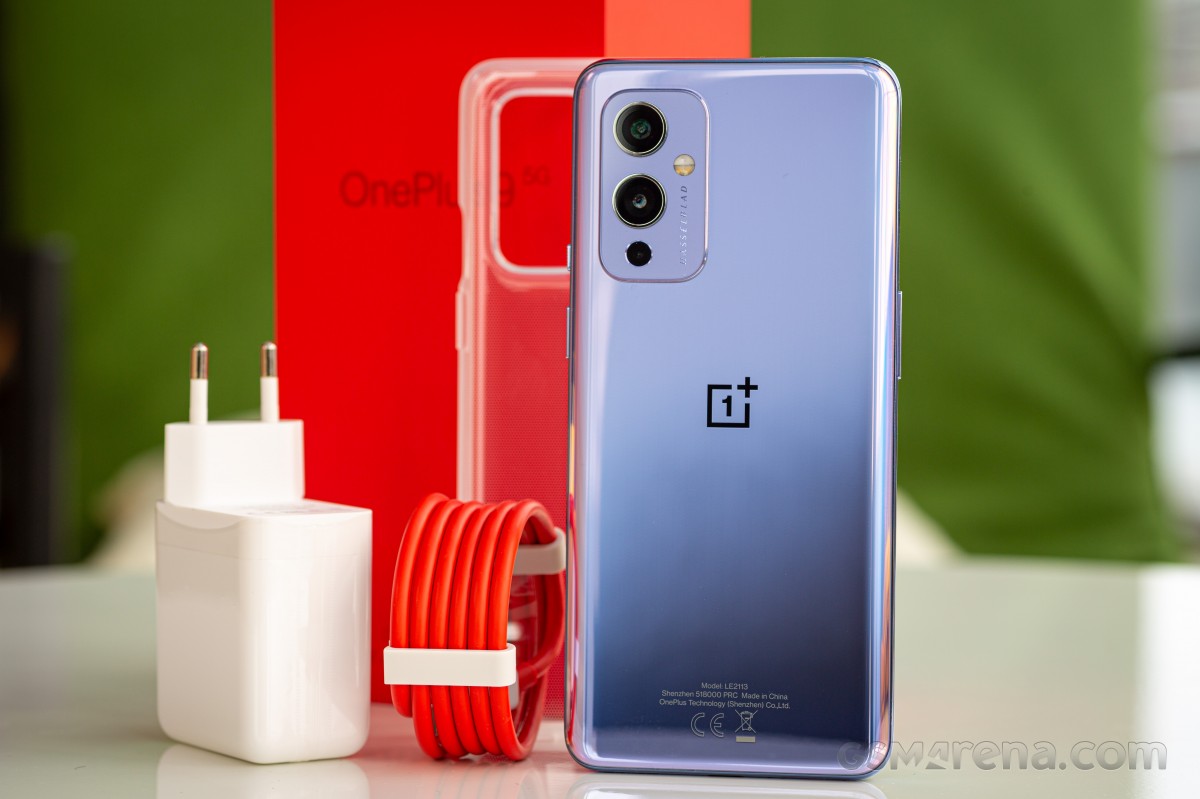 Unlike the opaque silicone case that comes with the 9 Pro, the OnePlus 8 silicone case is clear. We're not sure why OnePlus chooses to omit this accessory in some markets and decides to leave it elsewhere. There will be aftermarket cases, obviously, along with some first-party options from OnePlus.

As usual, there are no audio accessories inside the package. Not even an audio adapter.

The Model from T-Mobile is a Great device,I alwayz wanted a device from OnePlus and the One+ 9 5g ,8ram/128rom lives beyond it's expectations for it's purposes Like gaming,surfing web, communications, and Charging dead wireless devices,.T...

Then keep using your nokia 1100 for more 8 years and be happy.