Considering the OnePlus 9R is basically the same phone as the OnePlus 8T, it's no surprise that the design is identical. 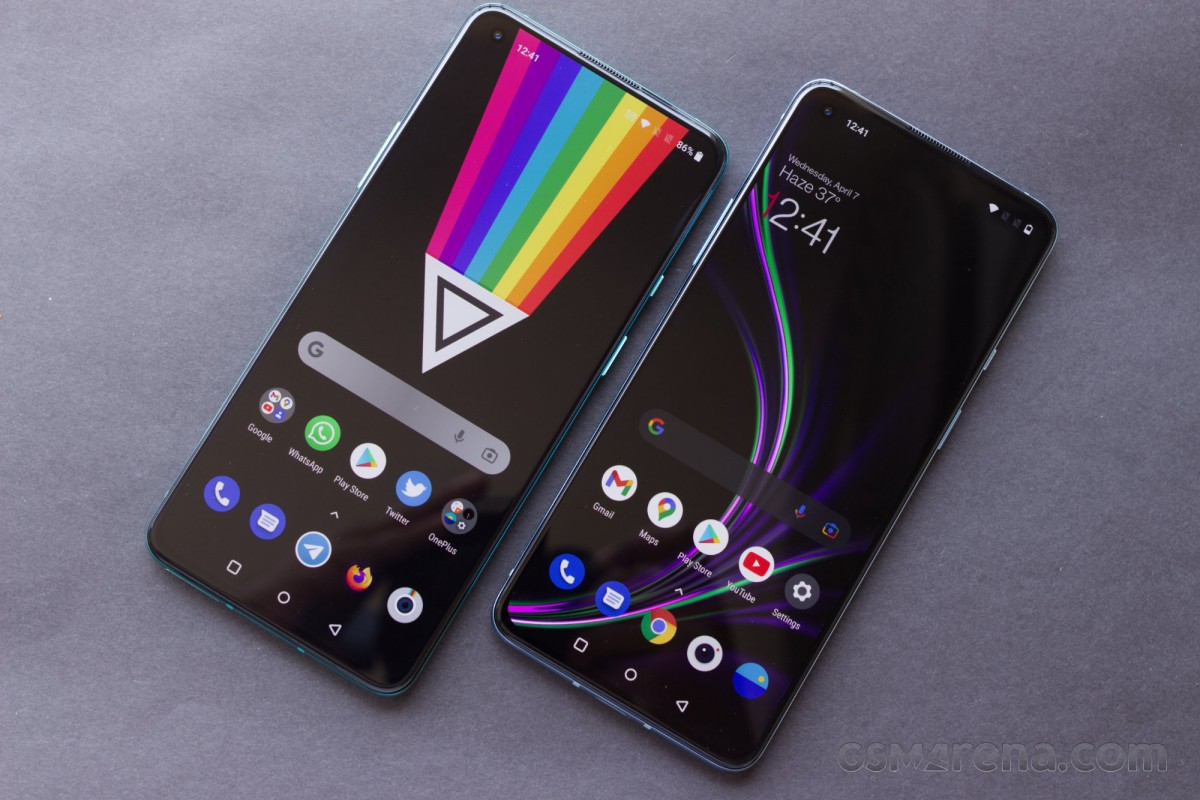 The key difference is in the camera bump on the back. If you look carefully, the camera lenses are exactly in the same spot as before, but the part surrounding the lenses has been swapped. The 8T had a single large piece of glass covering all the lenses, making it convenient to clean. The OnePlus 9R has a design that looks similar to the other OnePlus 9 series phones, with individual cutouts for the lenses with a plastic shroud. 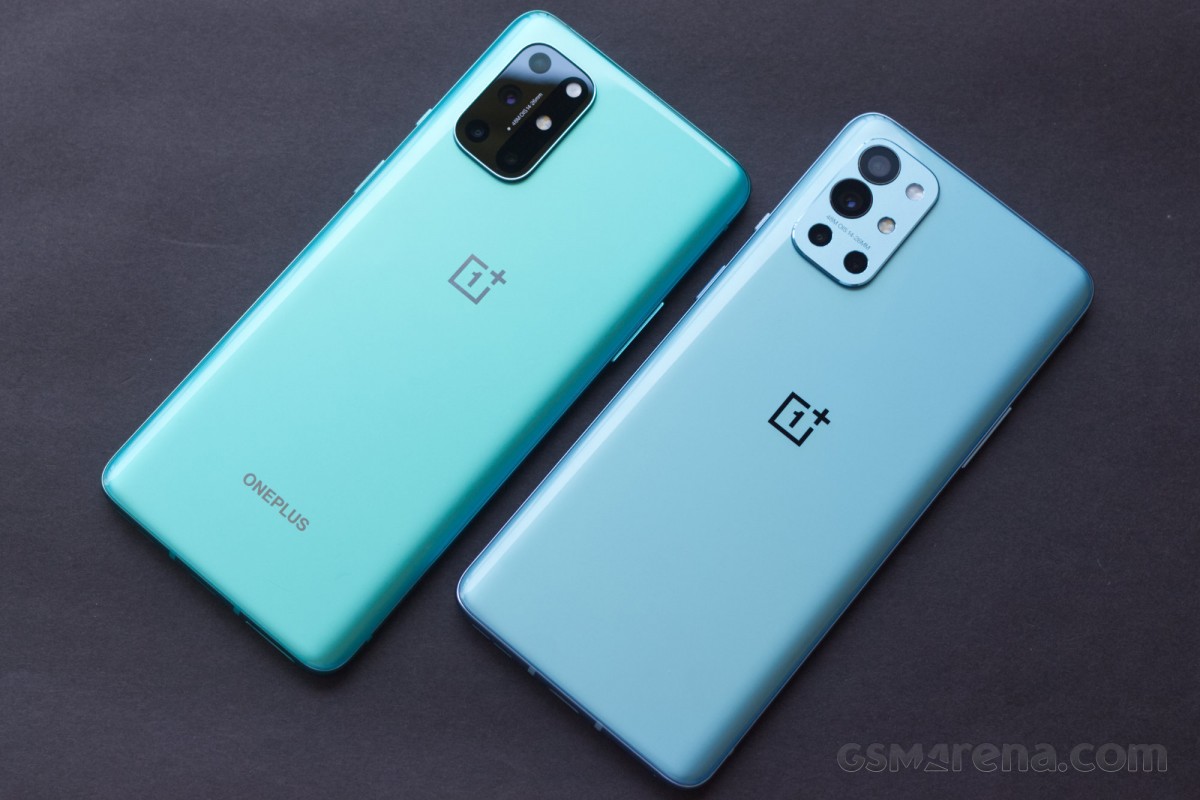 Further down the back, OnePlus has dropped its company name from the bottom of the phone, instead now choosing to just apply its logo, which has been centered and made solid black. We prefer this less busy appearance.

The only remaining difference is in the colors; the OnePlus 9R comes in two new options, a glossy Lake Blue pictured here and a matte Carbon Black. The Lake Blue color may look similar to the Aquamarine Green of the OnePlus 8T as that color had a tendency to shift and turn blue depending on the angle of the light but it's just a plain solid blue with no optical trickery. 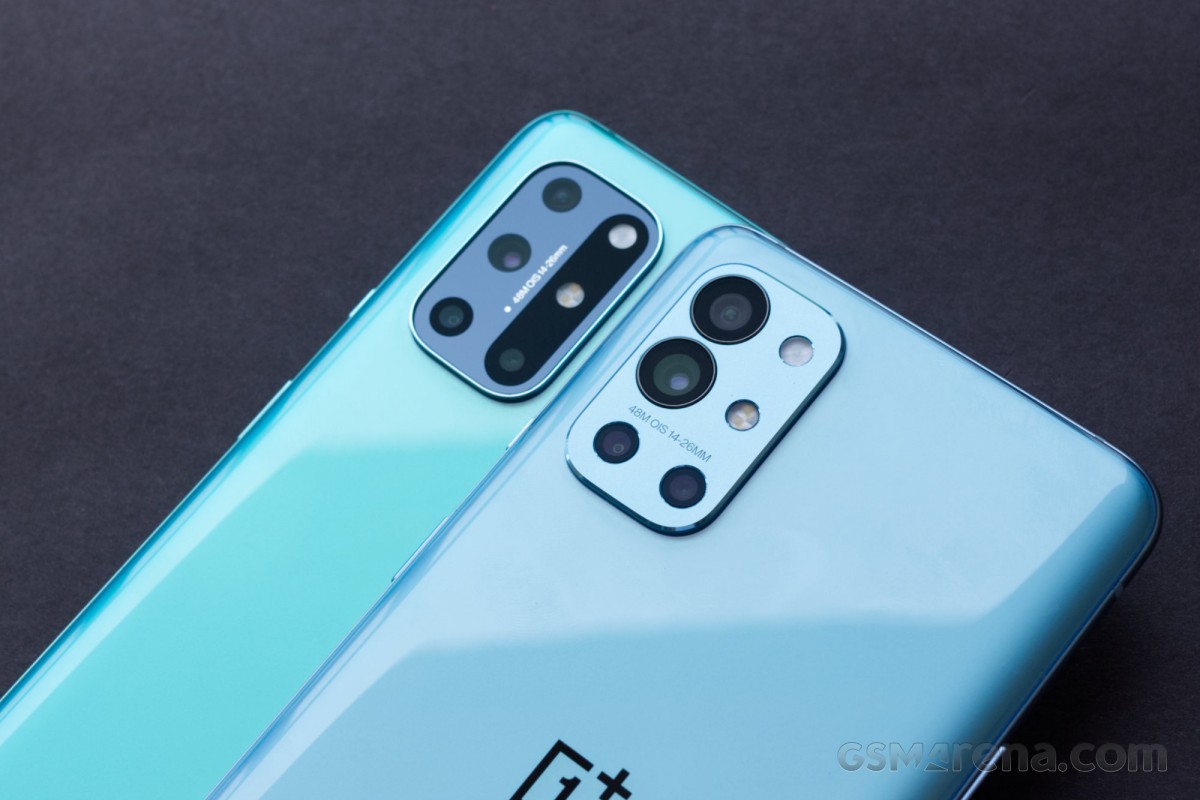 Apart from that, we noticed no other visual differences between the two models. The OnePlus 9R otherwise is relatively reasonably sized compared to its larger siblings, and the overall dimensions and weight make it much nicer to use. The overall build quality and finish are also quite premium, with the mechanical slider and buttons on the side having a firm, satisfactory feel. However, like the 8T, the OnePlus 9R lacks dust and water-resistance certification.

The OnePlus 9R has the same 6.55-inch, 2400x1800 resolution 120Hz AMOLED display as the OnePlus 8T and also the OnePlus 9. The display performed similarly to that on the 8T with one notable difference. While our OnePlus 8T display has a very prominent color shift when viewed at an angle, our OnePlus 9R display did not. This could be down to panel variance and not necessarily any deliberate change in the panel being used. 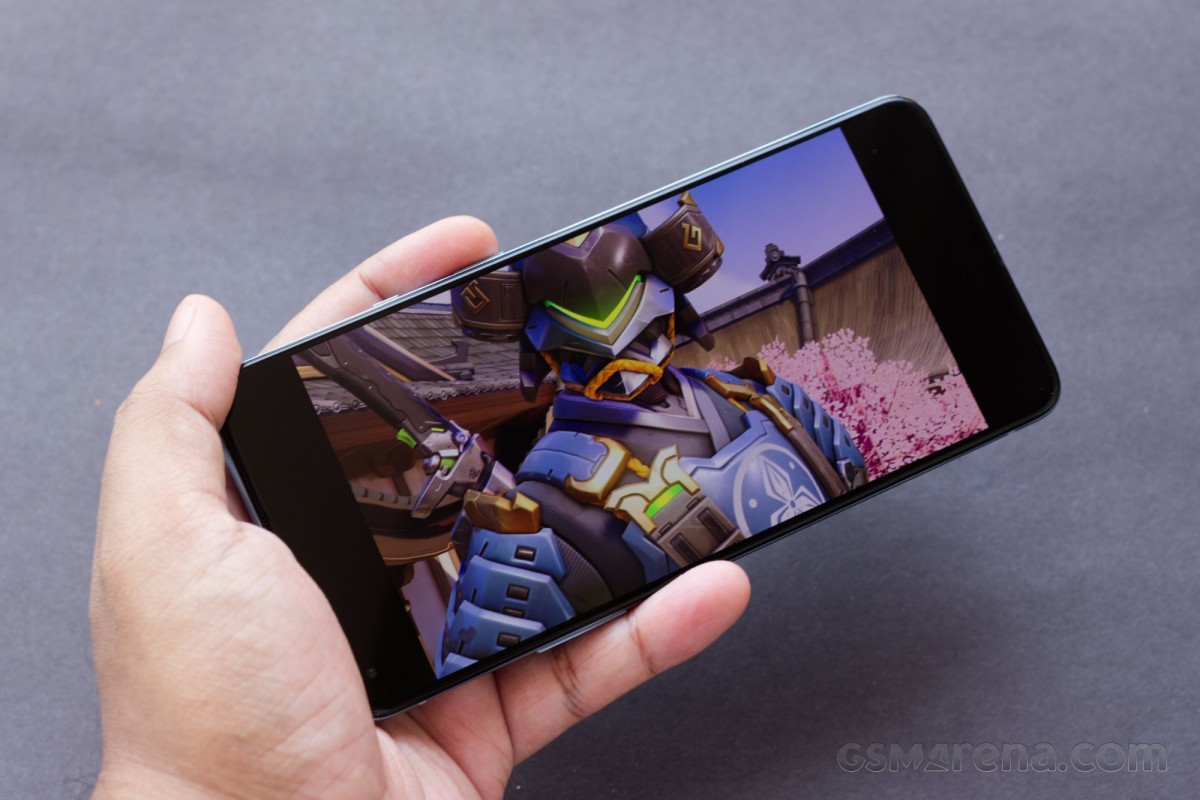 Overall, this is still a very good display, so we don't have much to complain about here. It's also flat, so there's not much chance of triggering something at the edge of the display while handling the phone or catching glare off-angle. The built-in optical fingerprint sensor is also located in a more sensible location compared to that on the OnePlus 9 and 9 Pro, which have it right at the bottom.

How s20 fe is better than OnePlus 9r?

One plus 9R. Don't buy it's waste of money. You sould be pushed Samsung S20 FE 5G

Camera is too bad