An unknown OnePlus device sporting model code DE2117 and believed to be the Nord N200 5G has popped up on Geekbench with key specs.

The DE2117 runs Android 11 and has 4GB RAM on board, while the motherboard section lists "holi" and the CPU section reveals the processor consists of 6x 1.80GHz cores and 2x 2.04GHz cores, suggesting the device is powered by the Snapdragon 480 SoC.

Geekbench doesn't divulge any other specs of the DE2117, but a recent Nord N200 5G leak revealed the smartphone's design and complete specifications, leaving little to the imagination. 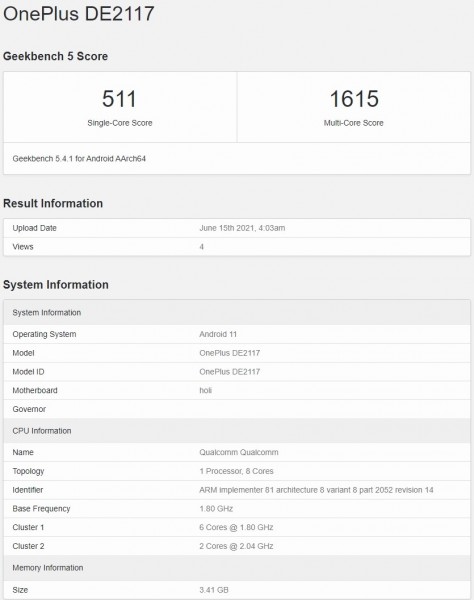 The leak claims that the OnePlus Nord N200 5G is built around a 6.49" 90Hz FullHD+ LCD with a punch hole in the top-left corner for the 16MP selfie camera. Around the back, it has a triple camera setup comprising 13MP primary, 2MP macro, and 2MP monochrome units.

Under the hood, the Nord N200 5G has a Snapdragon 480 SoC with 4GB RAM and 64GB storage. The smartphone will boot Android 11-based OxygenOS out of the box and have a microSD card slot for storage expansion by up to 256GB. 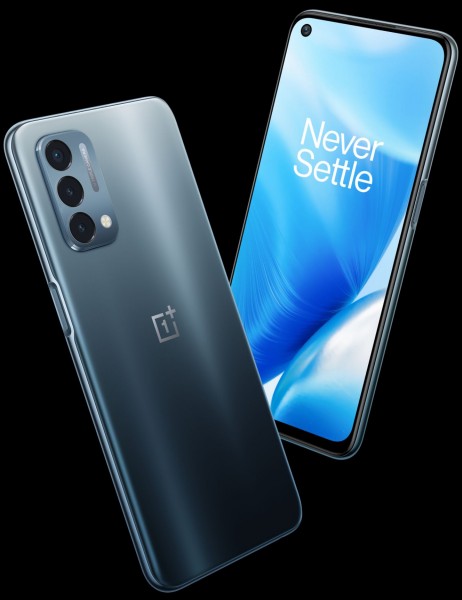 The Nord N200 5G will be fueled by a 5,000 mAh battery charged through a USB-C port at up to 18W. The rest of the Nord N200 5G's leaked specs include a side-mounted fingerprint reader, 3.5mm headphone jack, NFC, dual-band GPS, Bluetooth 5.1, and 5G connectivity.

We don't have the Nord N200 5G's launch date yet, but last month, OnePlus CEO Mr. Pete Lau said the smartphone is coming soon, and it will be exclusive to the US and Canada.

That is actually inaccurate

Just 4 gigs of ram? Lmao, less than 2016 oneplus 3. The company is dead, now they are making phones with planned obsolescence in mind.

Huh, how is it hideous? All phones look exactly the same these days.