OnePlus teases its next device, is it OnePlus Two?

OnePlus One is still a tough one to find and purchase, though it is regularly getting updates improving its Cyanogen ROM in all departments. And while some people are waiting the OnePlus One stock to catch up with demand, it seems OnePlus is already preparing to launch its next device.

OnePlus has posted a teaser over its official Weibo account. It's a picture with text that translates into "The theory of evolution applies to all things in the world, including technological devices, so stayed tuned!" 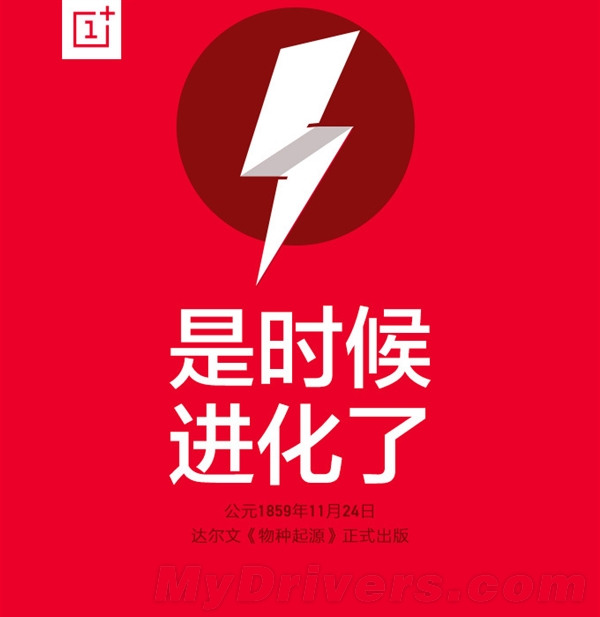 Obviously this is a teaser about an upcoming device, which many assumes it's the OnePlus Two with even greater specs, price and a proprietary OnePlus launcher. As the rumor has it the OnePlus Two should be even more customizable thanks to richer rear covers lineup, cheaper than other Android flagships, and will run on top-notch hardware with a proprietary launcher instead of the CyanogenMod ROM.

Well, lots of people expected Jolla to launch the Jolla 2 smartphone, instead they got a brand new product - the Jolla tablet. So, OnePlus might as well have the same thing in mind and launch an OnePlus slate instead the rumored OnePlus Two smartphone.

We guess we'll know soon. Now that the first teaser kicked off, the official announcement shouldn't be that far.

Thanks, Chris, for the tip!

OnePlus 9 and 9R now available for purchase in India

One Flash Two it is

Based from that logo, for sure their next flagship phone killer will be " One Flash Two " :-D

well that would need a 64bit processor in order to take advantage the RAM.