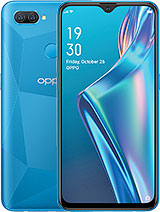 Last 15 years use on different mobiles. But I dont seen this type of mbl. My half month salary it means 15 days of my work value of Rs.9500 totally waste. In future I don't anyone refer to these mbls ( All kinds of Oppo mbls )

The OTG doesn't work, also the Oppo A12 supposed to be updated to Android 10 (Nigeria)

Decent phone, it's only good for downloading social media apps, messaging apps and a few except gaming (the biggest example would be Genshin Impact as many people have already mentioned) unless there are some games (mostly casual ones) that do run a bit smoothly as long as you set its graphic settings to low. Kinda lowkey wish the phone build's size should be at least around 5.8 inches or smaller but hey, as long as it's good I suppose.

Good phone. Works well with 4g. Multiple downloads may slow it a little.

The phone slows down after the new update

After new update on (02-06-21) its downloading gets slow. I don't know what's the reason....if anyone have idea please let me know

Anonymous, 12 May 2021I feel bad cause this phone is so laggy, especially when pl... moreLol do some readings, it is actually equipped with GE8320 GPU which is too bad to play Genshin Impact

very disappointing. system always go back to original settings.
any update for this phone? we dont have any choice coz this is the one that most company issued as a company phone to their employees

I feel bad cause this phone is so laggy, especially when playing genshin, I had this for just a week, but now I'm really pissed off

Why can't I use my external storage to install apps?

Hope this helps someone..I dont own it tho but have used my mom's own... phone is kinda slow and I don't think will be good for gaming cos seems kinda slow, camera is a joke(lol), battery is very excellent and could last a full day, nice price.

Anonymous, 20 Mar 2021Bad battery life, not a gaming phone iam suffering I saw so much hitting issue in it

Serve me as I want. I dont use for gaming. But daily usage is superb!!!!

water, 19 Feb 2021I have an oppo a12 myself and they run at like 60 fpsMy mobile slow motion problem

My first of a kind smartphone, and I love it.
But not good for gaming as it heats up so fast after 20 mins of gaming.

It's a good phone, not gonna lie it has some bad things into it. And what could you expect it's just a budget phone. It sometimes lags and maybe hang so you have to buy a sd card cu'z you don't want to get a slow phone. And people saying it's a bad phone are dumb cu'z what do you want a budget phone that runs like iphone? Hahaha they're stupid.