Oppo’s latest midrange device has arrived in Russia: the Oppo A1k. We’ve seen it get certified in Thailand and some of its specs leak last month. Thanks to the Russian release, we now have the official list of specifications of the A1k.

For starters, the A1k is new variant of the Oppo A1 midrange handset. The A1 launched about a year ago with similar specifications but the new one has a water drop notch and omits the fingerprint scanner to keep cost down. Let’s take a closer look at this device. 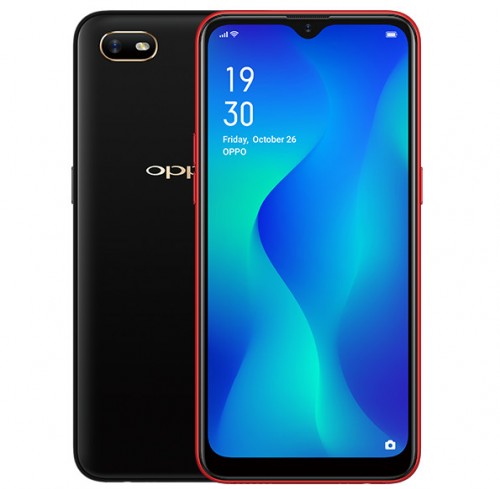 There’s a MediaTek Helio P22 powering the hardware with 2GB of RAM and 32GB of internal storage. Android 9 Pie is pre-loaded in the form of Oppo’s Color OS 6.0. There is a single camera around back – it’s an 8MP snapper with f/2.2 aperture and dual-LED flash. Meanwhile, the selfie camera is a 5MP shooter with f/2.0 aperture. The phone also supports FM Radio, dual SIM cards, and a 3.5mm headphone connection. It is all powered by a 4,000 mAh battery and is rechargeable via a microUSB port.

This device is also rumored to be coming to India soon. According to a report by 91 mobiles, retail sources revealed that the Oppo A1k will cost Rs 7,990 when it launches in India.

Good evining I have seen you are indicating that Oppo A1k is sold at ksh.7999 we are currently buying it at sh. 13299 at retail shop.