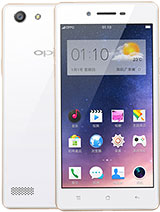 How can I update Android version

Your phone doesn't have 4G or 3G maybe because the bands (4G & 3G) that works on the phone are not supported by your network provider.

How to setting 4g

Trash phone you better not buy it. can't do sht with it. I regret ever buying such crap. it sucks

my oppo A33 has a big problem.it shows that it uses the 4G but it cannot support even 3G.It is always 2G.WHAT CAN YOU HELP ME?

Battery status use not charging

Not suitable for gaming even hack or jammed .

I used oppo a33 for past 5 month but it has a huge problem.....its given storage is 32gb but almost 15 gb has been eaten by its internal system, Without install a single app. I delete some internal app but still int has a 14.80 system storage.

I've been using this phone for quite a while now my dad gave it to me its soo lagy like real lagy that I came to the point can't even use it bcs when opening a app its lagy with wifi when the wifi is off it comes to normal u can't play heavy apps like mobile games...

it has a long life battery, little space so you need to have memory card, it has good camera yet it doesnt focus well. sometimes it is lagging. not sure why.

I'm using model oppo A33 indicating incoming and outgoing calling problem... how to solve it ?

This phone is the worst in my opinion. You can't even move apps to thesd card. The option is crossed out. Also the ColorOS is so outdated, idk why OPPO isn't updating it yet. Also too many other and system files, I can't even download a large sized game bc I can't free up my space. Also there is a glitch that if you try to edit the widgets then if u try to exit the icons will still remain in the launcher acting like a second screen and the only way to remove the bug is to restart it. I totally not recommend this if you want to play large sized games. This phone isthe worst. Lacks so many features and it's colorosis so outdated.

not to be mean but...its the worst it drains so fast and charges so long and has little space in it