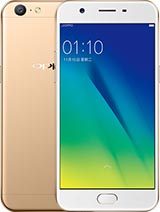 Abhinav, 11 Jan 2021yes it is a very good phone in that time but due to the pre... moreAwesome Brother i also have oppo a57 first i sell my phone & i buy realme 7 pro.

Fionac, 22 Dec 2020I have used Oppo a57 since 2016 so the phone last almost 5y... moreI too have it since five years and I have the same memory problem, it still shows that the RAM is 3gb, but it acts as it's only 1gb. It always stop background apps, slows when using a big app, and has stability issues when using popup apps.

I have used Oppo a57 since 2016 so the phone last almost 5years now. Never caused a problem. I dont play games so the phone lasts pretty long, used to charged once every 2days. now that its 5year old need to charge every 16hours. Memory space is limited so have to archive videos and pictures every 3months. Still, its super value for money overall~ Officially a fan of Oppo.

I have used this phone for four years and I love it. Though now I need to upgrade because the battery capacity is not supporting all the apps I have. But overall, this phone is awesome.

I'm using this phone for around 3+ years. This is my first smart phone. still i didn't even repair the phone for single time. The best phone with in the 2016 newly introduced all the other phones.
Thanks Oppo for such a mobile phone like this.

I have used this phone for 4 years and it is running well and has not lacked anytime, i had a good experience with this phone and now i am using this as a secondary phone, the calling front speaker is not working fine after using this for 4 years , but i only want to say that :Oppo A 57 is the best phone of oppo 👏👏👍👍

Using this phn for like 3+years... No nonsense advrt and stuff.... Now it's old.. Battery drain.. Voice on call problem... Headphone jack, mic problem , charging port problem... display starting to fade and some touch are not responsive. But still works

Had many memories with this phone,cause I had buy new smartphones, been using this phone for 2 years and always using itu for gaming... And this phone has best reliability, my phone had crushed the glass screen but its still can be used like there's nothing happen to the screen:)
But my only problem is the device really quick to get hot, and its not just hot but it is really hot when playing high fps game, but the heat is always stabilize, everyday im playing game in this device with hight heat for 2 hours and it still good, nothing was broken in the internal, no cpu overheat,or something like that...
This is the best phone you can buy if you have low budget, it has pretty well camera, smooth multitasking, medium battery life, and can withstand high fps game(only problem is the heat)...XD

How to hide application in Oppo A57?

How to update its 6.0 android?

I'm an Oppo user. I've been using this phone for two years. For me this phone is best because there are no issues with the battery and fast charging. But for the game, this phone can still play pubg But you need to set in low graphics. Oppo is not a phone for gaming but it is still great for gaming. I'm an oppo user until 2017 until now. I like oppo.

Had one since new, cannot fault. It swam with the fishes today so I am buying a new OPPO tomorrow. Great affordable phones.

I'm using this phone till now & still in good condition

turgidity, 09 Mar 2020Pros -very good camera specs -good for communication -ea... moreu r right but i have playing pubg for 4years but it was not lag 1 time also in gaming oppo a57 not very bad

Conclusion:
Good for simple tasks and great pictures to take. Playing fast paced games in a good fps will require a lot more effort to maintain its value in phone usage.
If you are used to sweaty hands while using phones, then you wouldnt mind much for this one. Caches and rubbish datas can be cleaned off easily by using its build-in system.