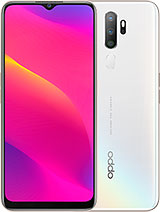 after less then one year of use, its really lagged for no reason at all. i only use like half of the storage and never use it for games. not recommended for fast multitasking and long use.

oppo a5 dont found folders like camera and gallery

Is colorOS 11/Android 11 a good update in terms of gaming?

Don't shy away from this because its Chinese. These phones are FANTASTIC value for money, I have owned one since launch. Oppo have won me over from Samsung, their prices and specifications constantly outstrip what Samsung have to offer in the same price ranges.

OS 11 on this phone so good, best phone in 4g mid range price

this phone has 2 depth sensors?? but why

IDONTKNOW, 21 Dec 2021Its camera used to have EIS. After few updates, there is no... moreSetting in 30fps

Megan, 04 Nov 2021This phone is great and I am using this phone for a year no... moreThe camera part, it's true... When you take pictures in low ish light (evening light) you can see some blurry at the edge of the photo, and what I do to make it not blurry is to edit it (make it slightly sharper)...

IDONTKNOW, 21 Dec 2021Its camera used to have EIS. After few updates, there is no... moreYea I thought the same thing too, I've been using this phone now for 2 yrs+ and always my passion to be a photographer, I really expect this phone to be as good as other phones. Taking pictures is just as good just like other phones in this price point. But when you're record in this phone, things just get different. Expect it to not be shaky while recording (just like the phone says). I did also checked the camera settings in this phone and says nothing about EIS... So disappointed about it.

I have using my Oppo a5 2020 for 2 years+ now and it says that this phone has EIS built in, but really when I checked on it doesn't even say EIS in my camera settings in order to turn it on... and heck yea all of my videos that I recorded, all of em are shaky. Has anyone know the reason why?

IDONTKNOW, 21 Dec 2021Its camera used to have EIS. After few updates, there is no... moresame here idk why

Its camera used to have EIS. After few updates, there is no EIS anymore. The video appears to be shaky. Does anyone know how to enable EIS? There is no such option on the setting.

noone, 09 Oct 2021I just also started playing Genshin on this phone but every... moreYeah me too, when genshin impact was pupular i trying too. But my phone was laggy and can run the game for 2 minutes. For playing that game atleast you need snapdragon 732G like Poco X3 NFC

This phone is great and I am using this phone for a year now but unfortunately, today i need to update everytime when the notification appears so that it will not log-"stuck on logo" I mean... but doing this, the storage is easily full...and also the back camera of this is not so good because you really can't capture the true colors of the nature or the leaves because it appears to be edited or filtered....

What a great phone, I bought this from amazon for £100 over a year and a half ago. My expectation was low for the price I was paying, but wow did it deliver! This was my first OPPO phone so I had never used ColorOS but I instantly grew fond of it, so clean and snappy, barely ever lagged aside from playing the most demanding of games.

Fast forward a year, the phone was still just as responsive, but then the worst and most silly thing happened: I forgot it was still in my pocket when I dived into the sea! Surprisingly, the phone was still able to turn on when I got out the water after being submerged for 10 minutes, but eventually the screen turned off and I was never able to get it fixed even after taking it to my local repair shop. I don't blame the phone though, it clearly says it's not IP rated but at the price I got it I couldn't complain. I will for sure miss this phone.

Tl;dr - Excellent phone for the preformance; don't be silly like me and never use swimming trunks with pockets!

noone, 09 Oct 2021I just also started playing Genshin on this phone but every... moreVery simple answer this mobile doesn't have a gaming chipset.