Oppo A5 leaks: adds a dual camera and a notch to the Realme 1 formula

While Oppo made its return to flagships, the company is also stepping up its efforts in the affordable segment. Images and specs of an Oppo A5 have surfaced that paint a picture that’s part Oppo A3, part Realme 1 and part its own thing.

Interestingly, the Oppo A5 will be an upgrade over its siblings in two areas. First is the dual camera on its back – 13 + 2 MP. 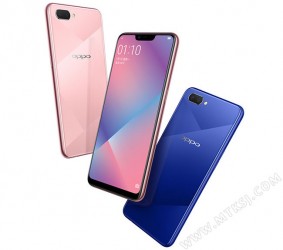 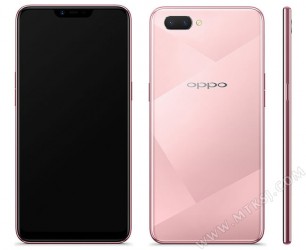 The back is lifted from the Realme phone, though the A5 is slightly thicker and so it will have a larger battery. Actually, the 4,230 mAh capacity is large by any measure. Anyway, the back is the same also in the sense that there’s no fingerprint reader on it – the 8 MP selfie camera will have to serve face unlock duty.

There’s no word on launch date or pricing, but given the specs we expect that the Oppo A5 will cost about the same or be slightly cheaper than the A3 and Realme 1.

Oppo A3 arrives officially with a tall screen and a notch

Oppo F7 Youth goes on sale in the Philippines

The rep usage of the secondary Cera would be a telephoto 2X or 3X zoom and not lazy fake depth sensor, because bokeh is terrible on these phones

Really pushing on the notch phone arent you, Oppo. Trying to make the cheapest iphone x clone as much as possible to steal Apple potential customers.

I'm sorry Oppo but this is "Fugly".