Oppo was on a teaser spree for the F11 Pro last week, revealing the 48 MP main snapper, its massive screen, and the raising selfie camera. While we are waiting for an official announcement, a Twitter user from Vietnam posted a four-second video of the device, showcasing the big display and cool colors on the back. For some unknown reason, the leakster does not reveal the biggest talking point - the elevating selfie shooter.

The short clip reveals the neat paint job on the back of the Oppo F11 Pro - Blue in one corner, Violet in the other, with a gradient to the predominantly black panel. The main camera setup is positioned slightly lower than usual since the elevating mechanism for the selfie shooter needs to be fitted there. There is also an oval fingerprint scanner, typical for the Oppo F devices. 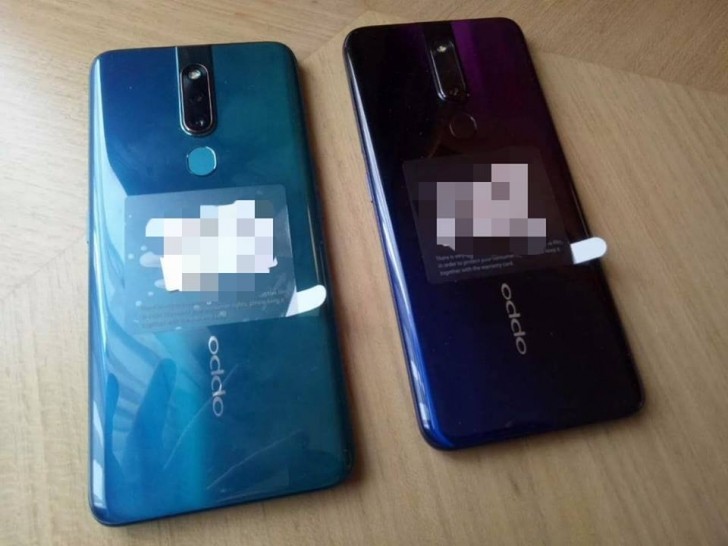 It would be great to know more specs, but for now aside from the cameras, nothing else is official. Rumors point to a MediaTek chipset, and we assume the screen will be an LCD, while the OS is likely to be ColorOS 6. The company is having an announcement in Barcelona on Saturday, and while it will be mostly about its 10x zoom module but in case the F11 Pro pops up you will certainly be the first to know.

Somehow I admire Oppo F series and Vivo V series as In only one series, they always launch their new model in completely different from the previous model. Although I do not like them both, I like their way.

Quite the spec beast.