The Oppo F19 Pro unveiled last March is due for a successor, and while we haven't heard anything from Oppo about it yet, a leaked poster reveals the smartphone will be called F21 Pro, which is hardly a surprise since the company previously skipped the numbers 16 and 18 for the F series phones.

The poster we are looking at is in low resolution, but you can see the new island on the rear with an LED flash and two big circles for the cameras. The image also reveals that the Oppo F21 Pro's tagline is "Fantastic Selfie," suggesting Oppo's marketing campaign will revolve around impressive selfies and maybe a few other camera features. 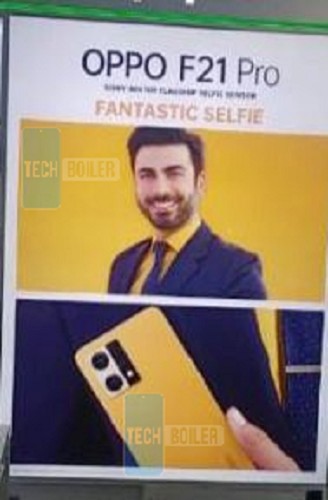 The image is coming out of Pakistan, so you can expect the Oppo F21 Pro to go official in this Asian country soon. However, it's unclear if the F21 Pro will be joined by other models since the F19 lineup includes the F19, F19s, F19 Pro, and F19 Pro+ 5G.

I am using F19 Pro!!! Its Awesome display and Camera 😍

well ever since oppo started manufacturing their pones in Pakistan they already have introduce few good models and yes F21 series is also gonna launch soon in Pakistan.

Is it for only Pakistani market or global Poster is Pakistani)