Oppo is expected to bring the Find X3 series next month, and it looks like China might be getting an exclusive vanilla version.

Today the phone with model number PEDM00 was benchmarked at Master Lu, where some specs were confirmed - a Snapdragon 870 chipset with 3.2 GHz CPU, 8GB RAM and QHD+ screen resolution (3216 x 1440 pixels). 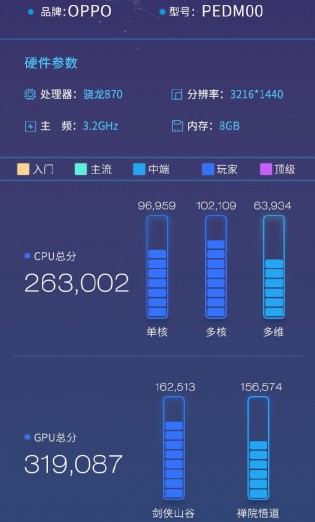 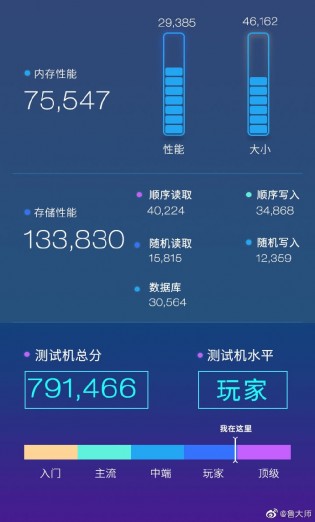 The Master Lu benchmark is used primarily in China and the result of 791,466 is quite good. Rumors suggest the Find X3 will have 65W fast charging, ColorOS 11.2 based on Android 11 out of the box and at least two storage options - 128GB and 256GB.

Why did my comment asking why chinese phones using a different benchmark program get deleted?

Only if it's a Rog phone!