It seems like foldable display devices are constantly battling adversity. Not only is the technology still maturing and very expensive, but its rise is alco currently battling unfortunate global market and economic conditions. Even so, Samsung has successfully proven that if you are big enough and bold enough in your offers and pricing, the foldable form factor can have a lot of success.

Keeping that in mind, it seems like the foldable market is on the cusp of a major expansion. According to industry sources, Oppo has been working on its first foldable for quite some time now. Unfortunately missing rumored launch windows one after the other in the process. Well, in an interesting potential new development, reputable leakster Digital Chat Station recently shared a couple of interesting posts on Weibo. The first one of these was tagged as being posted from a mysterious device called the Oppo Find N 5G. The post itself contain a reference to the long-forgotten Oppo N series of phones and a photo of what seems to be the Oppo N3 - a very peculiar device from 2014/2015 which had its main camera on a motorized swivel so it could act as a selfie and also capture some intriguing panoramas.

The second post related to the mysterious Oppo Find N 5G seems to mention both a foldable display, as well as a way to use the phone's main 50MP Sony IMX766 sensor for selfies. Definitely not inconceivable on a foldable phone. The post does also feature a reference to the Xiaomi Mi 11 Ultra which pulls-off selfies with the main camera through a tiny display on the back. Perhaps the Oppo Find N 5G will have a tiny display of its own, seeing how most sources agree that it will be an inward folder. The Find branding definitely suggests flagship features, so we wouldn't put it past Oppo. Then again, we should note that some of the company's recent foldable device patents have also included things like a pop-up camera, as well as an odd clamshell with an outward-facing screen and a camera bar kind of reminiscent to the aforementioned Oppo N3.

A different source claims that Oppo's foldable display phone sports a 7.8 to 8-inch OLED display, with 2K resolution and 120Hz refresh rate. Apparently, it is so far into its development and production cycle that units are already dissipating through internal channels to stores for the purposes of employee training. That would mean an imminent release.

News on the Huawei side is definitely less concrete and specific. It has to do with a recent investor meeting of a company called Zhaoli Technology, where it was revealed that the company has started mass production of a new foldable smartphone hinge for a large customer. Zhaoli Technology did not specify the client's name, but industry analysts believe it is Huawei. 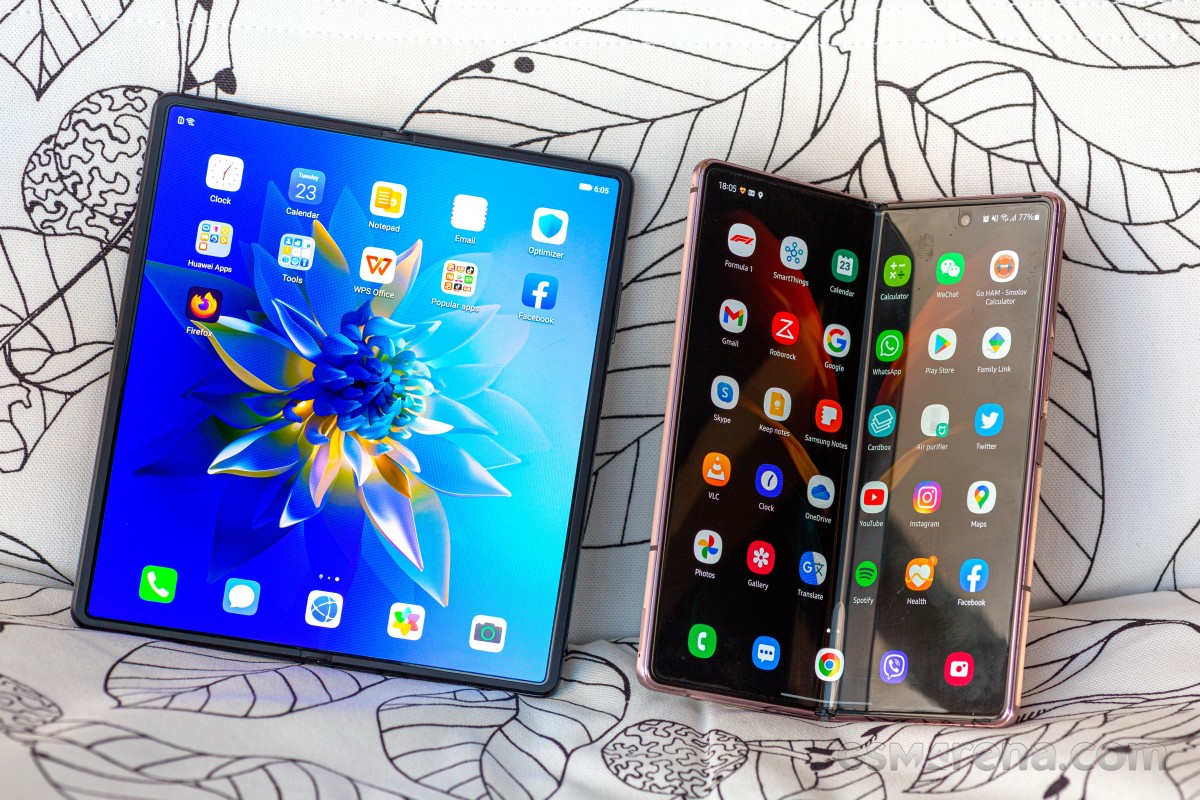 What Zhaoli Technology did mention, however, was the fact that this new design is apparently not overly complicated and will allow higher profit margins on the device itself. A development that even a company on the scale of Huawei desperately needs to make a future foldable device viable and successful. All information that ties in nicely with previous rumors that Huawei is indeed working on a more affordable foldable phone.

If all goes well, we might just be on the cusp of a major foldable display market expansion that could really shake up the cutting-end, high-end, premium market segment of the industry.

Leakster: Oppo will introduce two inward-folding phones, vivo has one in the works

That's because they can't help but try every single option only to have it not work out and then follow Samsung, the innovation KING!

I was so sick of finding x, no way gonna find n.

I loved the original N series w/ the electronic cameras. Oppo is always coming out w/ some of the cooler devices out there.