Oppo has just officially launched a pair of midrange smartphones, the Neo 5s and Neo 5 (2015), which is not to be confused with the older Neo 5 launched in 2014, hence the year in the designation. Bringing a touch of the R1x' style down the ranks, the two new devices are equipped with largely the same hardware, save for the chipset. 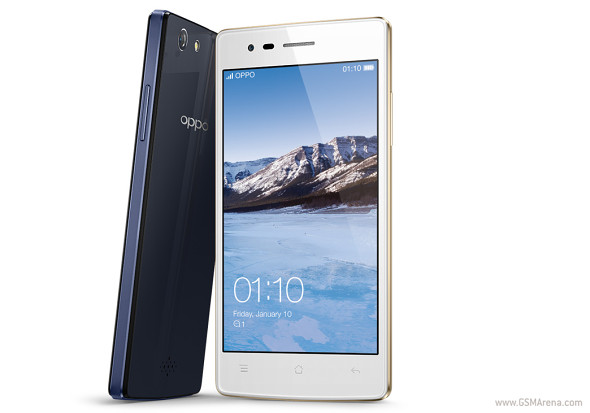 The Neo 5 (2015) comes with an MT6582 SoC inside, which relies on a 1.3GHz quad-core Cortex-A7 processor and a dual-core Mali-400MP2 GPU. The "s" in the Neo 5s apparently stands for Snapdragon, as this model is packing the S410 with a 1.2GHz quad-core Cortex-A53 processor and Adreno 306 GPU. The chief difference between the two is LTE support, which the Neo 5 (2015) lacks, while the Neo 5s comes with a regionally dependent set of supported LTE bands.

The Oppo Neo 5/Neo 5s (2015) come with 1GB of RAM and 8GB of storage, which is thankfully expandable via microSD by up to 32GB/128GB for the two versions, respectively. The smartphones sport a 4.5-inch IPS display of rather modest 854 by 480 pixel resolution, which even at this diagonal stretches to a pretty thin 218ppi. 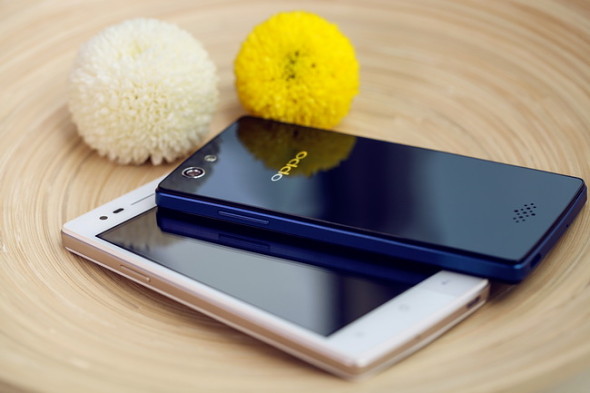 Camera department is represented by an 8MP primary unit behind an f/2.2 lens, aided by an LED flash. There's also a 2MP selfie snapper with a dimmer f/2.8 glass. Battery capacity is 2,000mAh, which may not sound like much, but may be just enough, given the low-density 4.5-inch display and power-efficient hardware.

The phones are built around what Oppo calls a double-layer metallic structure, which results in a compact yet sturdy body, but also helps with heat dissipation. Both models measure 131.9 x 65.5 x 8.0mm and weigh 135g.

Oppo has used a laminated reflective back cover which looks like glass and is reminiscent of the more expensive R1x, though without the faceted glass effect. Still, both models will come in either crystal white and sapphire blue color schemes, like their more upmarket sibling.

The smartphones boot Android 4.4.2 KitKat, thoroughly skinned with Oppo's ColorOS v2.0.1. We are yet to hear about exact pricing and availability.

Or maybe their products are actually worth the price.

Because they charge more. One fool is enough for them instead of 50 informed buyer of the brands like Mi.