Oppo is gearing to release its Reno5 5G as evidences by a string of leaks lately, but usually the midrange lineup has a Pro variant as well. While we are yet to hear any rumors about that phone, a device with the model number PDSM00 appeared on Geekbench and it sure looks like a Pro version of the Reno5 - Dimensity 1000 chipset, 8GB RAM, Android 11. 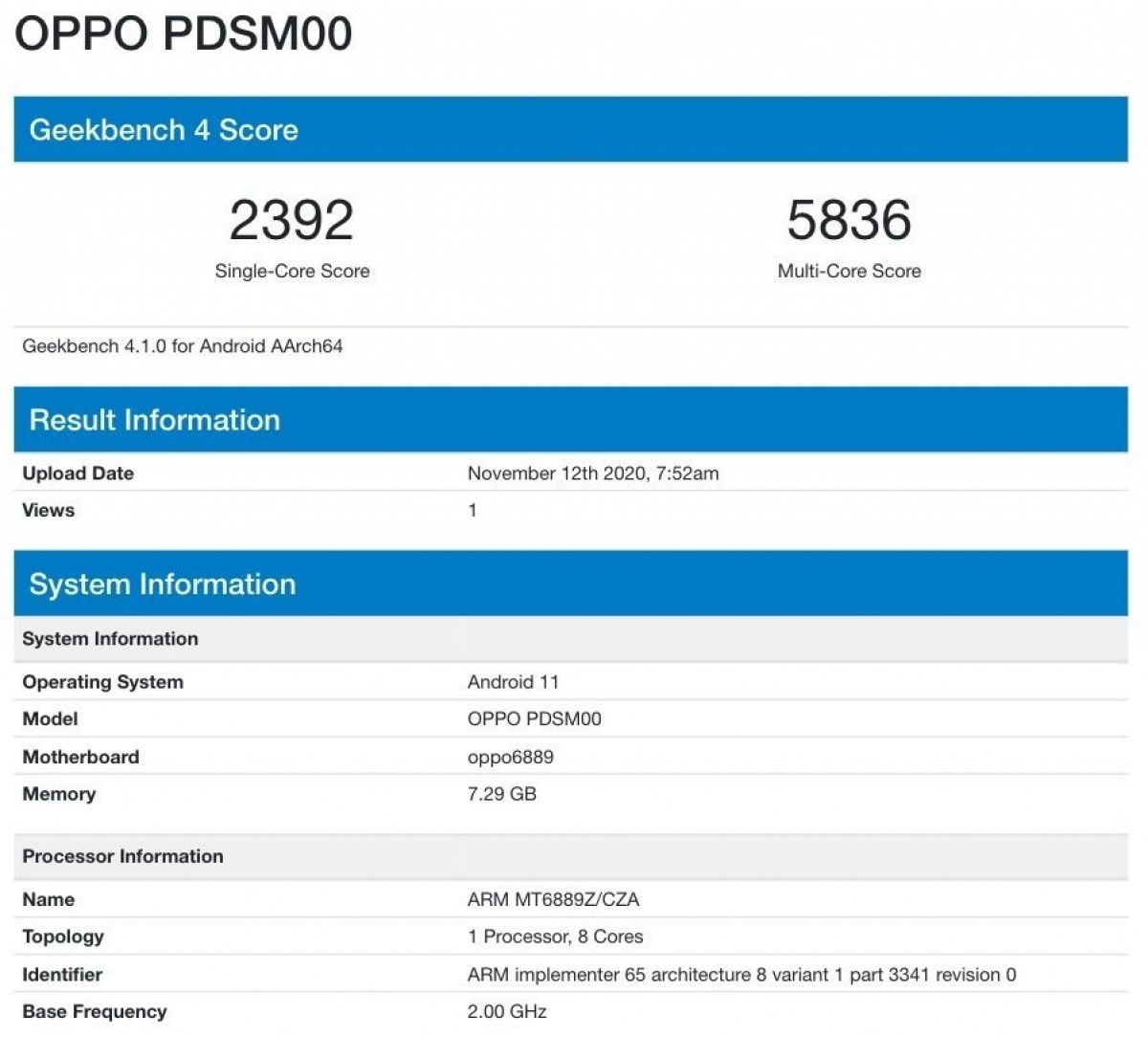 The single-core result of 2,392 and the multi-core score of 5,836 are nothing extraordinary (mind these are from the older Geekbench 4.1 so not comparable with the more recently used GeekBench 5 CPU).

We are leaning towards a Reno5 Pro 5G and not some other Oppo phone for several reasons - we’re yet to see a phone by the Chinese company ship with Android 11 and the vanilla Reno5 likely being the first one. Als, the vanilla variant has a Dimensity 800U chipset leaving the door open for a mightier sibling. Finally, the model number Oppo PDSM00 looks similar to PEGM00, the moniker of the regular one.

It shows that mediatek chipsets have very bad reputation among customers. Even many phone companies not dare to take risk to sold their mediatek phone widely or they will surely have lost a lot. Well, with their overheating problem from 3 years ago s...