Oppo has announced yet another limited edition variant of its R11 smartphone: King of Glory. The model in question is being launched to celebrate the anniversary of the multiplayer online battle arena. 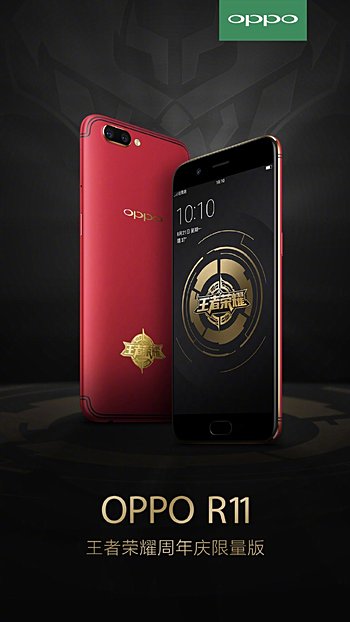 Like the FC Barcelona and TFBOYS editions of the R11, this new limited edition model also has a 18k gold-plated badge on the rear. Coloring scheme consists of red and black, while UI elements are also customized.

Since the game is only known on China, is pretty clear that this mobile is a luxury edition only for them... Something that Indians or western people won't ever understand.

this phone have no always on display like j7 pro ang lg g5 and no automatic shot selfie only face detection..

King of glory for a stupid phone? I like the name lee lung long better