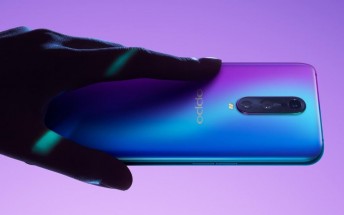 Oppo announced the R17 Pro back in August without a launch date (not to mention a word on what that second 20MP camera does). Well now we know about the former - the Oppo R17 Pro will go on sale on November 11.

The initial launch will be in China, where the phone will cost CNY4,300 or around 540 in its only 8GB/128GB configuration. We expect Oppo to expand the R17 Pro's availability to other markets as well. 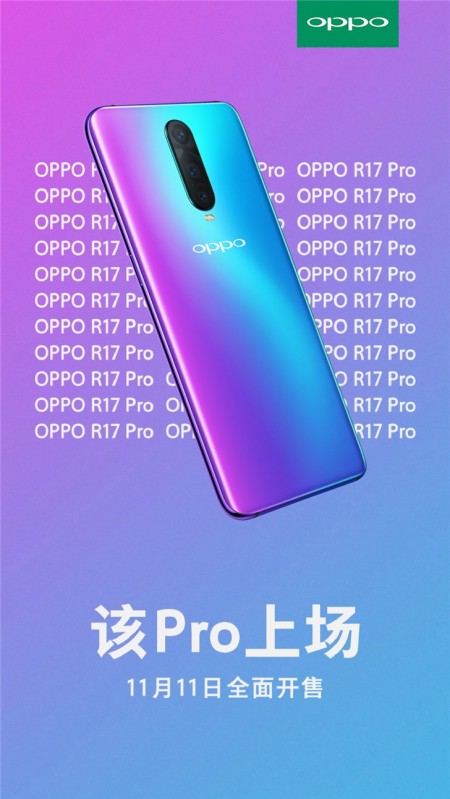 On the back it has a triple camera that consists of a 12MP f/1.5-2.4 identical to the one on the Galaxy Note9, a 20MP of unknown characteristics and a 3D time of flight camera that's aimed at achieving augmented reality. Finally the R17 Pro has Super VOOC charging that promises to top up the entire battery in under 40 minutes.

The R17 Pro outlines a good blueprint of the upcoming OnePlus 6T. OnePlus' flagship will have a more restrained paint job, a more capable Snapdragon 845 chipset, non-expandable storage, dual instead of triple camera and a different OS but will share the screen and battery, as well as the super fast charging and design.

which one is better Honor magic 2 oppo r17 pro?

Why do they launch the Phones 2 3 months earlier if they don't even want to sell it right away? Specifically with R Series... Same was with R15 earlier this Year... Do they release the R Series just to show how the OnePlus gonna look like? And s...

Umm, I don't think you got it? Oppo already has a faster than Huawei charging. The question is whether the 6T will get that too...