The biggest mistake anyone could make is to think of the Realme 2 as a sequel to the Realme 1. It's not. Despite what the model name implies, the Realme 2 is more of an alter ego came to be than a successor to the popular Realme 1.

Oppo has hit the jackpot with the Realme 1 in India - a powerful smartphone with cool design and features, which is priced unbelievably low at INR 8,990. And now it's time for the trendy addition to the affordable series - the Realme 2.

The slogan chosen for the Realme 2 PR campaign is A Notch Above, rather obvious, isn't it? Indeed, the notched screen is the trendiest of trends today and makers are racing to launch phones with notches. We have our doubts about these aesthetics, but there is the Realme 1 if you are not into them notches. 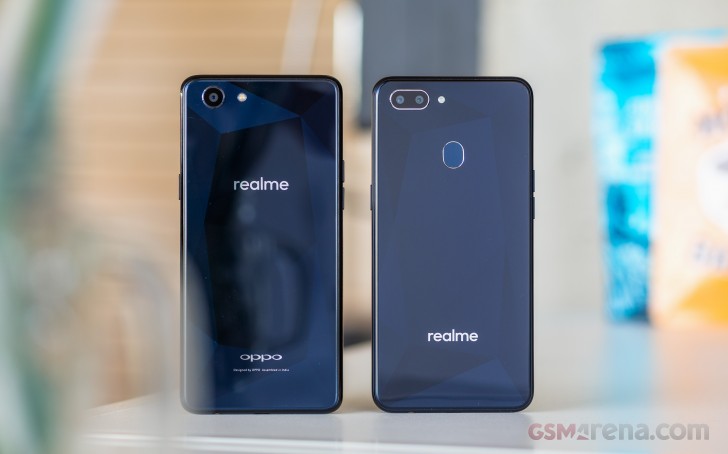 The camera on the back got a trendy upgrade as well - there is now a secondary shooter on the back to relay some helpful depth information for high-res portrait shots. Finally, a huge battery lies beneath all that diamond beauty - a 4,230 mAh unit. A few cuts had to be made, of course, to keep the price the same. The screen is now of lower 720p resolution, and there is a less powerful chipset - the Snapdragon 450 - but the combination of the two should allow a similar performance to the Realme 1 with its Helio P60 and 1080p screen.

It was only three months ago that we reviewed the Realme 1 and found it to be worthy of every single penny (or rupee in this case). It offered unmatched bang for buck ratio and on top of that - it was beautiful.

Today, the Realme 2 arrives as an equally intriguing product, as it brings some of the hottest trends on the market on a downright bargain price - a notched screen, a dual-camera, and a massive battery. And it doesn't skimp on the fingerprint reader. But will it live to the Realme 1 glory? That's what we'll explore on the following pages.

The Realme 2 retail bundle is the same as the Realme 1's - a microUSB cable, a 10W charger, and a soft transparent case. Oppo isn't providing a headset, but the Realme 2 has a 3.5mm audio port so you can use your favorite pair of headphones.

My thoughts exactly...a 10 year old can come up with a better name.