Oppo is gearing to introduce the second generation in its Reno line soon and two devices bearing the PCKM00 and PCKT00 model numbers just passed through Chinese certification agencies TENAA and 3C. 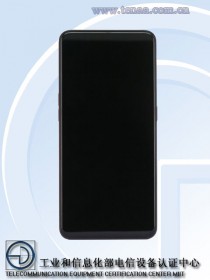 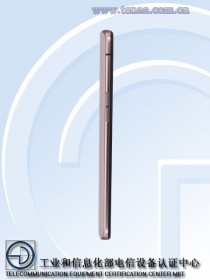 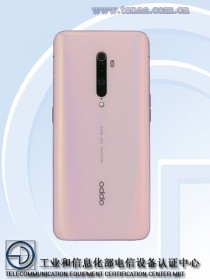 Going through the TENAA listing we see both devices are identical apart from the added 256GB storage option for the PCKM00 model. The Reno2 will come with a 6.5-inch AMOLED FHD+ screen and a 16 MP selfie camera housed in the quirky shark fin pop-up mechanism.

Around the back, it will have a quad-camera setup with a 48MP F/1.7 main shooter, 13MP telephoto, 8MP ultrawide and 2MP depth sensor.

Under the hood, the phone will feature an unnamed chipset with octa-core CPU running at 2.2 GHz - rumor has it it's the upcoming Snapdragon 730G. Its paired with 8GB RAM and 128/256GB of expandable storage.

The battery capacity will be 4,000 mAh, while the software front will be covered by ColorOS 6 on top of Android 9 Pie. The 3C listing reveals the phone will come with a 20W fast charger.

The Reno 2 measures in at 160 x 74.3 x 9.5 mm and weighs 189 grams. It will be available in black, pink, green colors. According to rumors, Oppo is planning to release two other versions of the device called the Reno 2Z and Reno 2F but we don’t have any concrete info or specs on those models yet.

Oppo Reno is the only Chinese phone brand that i would like to try. Full screen, shark fin pop-up camera, high quality cameras even the color OS and the rear metallic pin make it quite unique in a tech world where everything is a copy of something ...

No, it will be an upgrade from the Reno, not the 10x Zoom. So far no sign of 10x Zoom's next version.