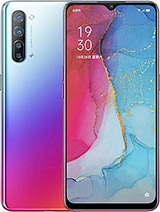 it isn't a surprise that Oppo Reno series is as premium and high-quality as one can expect for the price being paid, and with the integration of a capable 5G chip like Mediatek Dimensity 1000L, the boosted performance is a huge value add

Oppo has too many models. Hopefully, it does not affect software update adversely. So far, they seem to update their old phones.

I want buy a new phone please suggest me which one is better, oppo reno 3 or redmi note 9 pro

Oppo's product lineup is complete bullshit. So many models have so much in common that it feels why so many phones exist. This does nothing except poor software support

Oppo what the heck are you doing? First you release the overpriced X2 Pro now you release this non-pro phone that performs better than the pro phone? Switch the chips and lower your prices!

Tushar Sharma, 02 Mar 2020Go for Oppo Reno3 Pro if you wish to have the best camera. ... moreTop 5 high midrange Chipset of febuary 2020 in Antutu Score

Uh...The Reno3 Pro has worse CPU than the Reno3. What is this?

Nunhlima, 15 Feb 2020I plan to buy a new phone. Which one do you suggest me to b... moreGo for Oppo Reno3 Pro if you wish to have the best camera. Mediatek Helio P95 processor is also really good.

I plan to buy a new phone. Which one do you suggest me to buy, either oppo reno 2z or oppo reno 3

Redmi note9pro will be getting Dimensity1000L according to the rumours.

D1000L is a lower-performance version of D1000. When early engineering samples were being tested, Reno3 (D1000L) did outperform Reno3Pro (SD765G) handsomely. But in the final finished products, Reno3 only outperform Reno3Pro by a much smaller margin. This is the result Oppo wants since they want a chip (D1000L) that does not outshine SD765G based Reno3Pro too much. (Due to contractual obligations, Oppo is required to use Qualcomm chips in certain models. D1000L could be a one-off chip just for this purpose, because otherwise Oppo would have to use the same SD765G for both versions.)

That soc should be 2.6Ghz but they limit to 2.2Ghz even 7nm power efficiency? Hmm

bla_bla_meh, 16 Jan 2020also it looks like Dimensity 1000L in Reno 3 is significant... moreThese chipsets share same price range before. And some news site inform us Qualcomm cut prices around 30% for 765/765G this week.