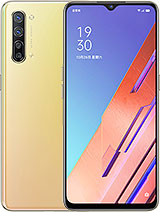 Anonymous, 14 Feb 2020i'll buy it with one condition i be able to remove all chi... morei have a chinese version of the realme 5 pro, you can remove most apps but not app market, browser, theme store, find my phone, clone phone and breeno voice (the chinese assistante), you can ignore them and never use them and for the assistante, just disable it and you won't see any chinese news.

Yourdoom*, 11 Feb 2020So you'r now comparing 865 with 765G .. Ya right i am the foolThe 855+ is in phones cheaper than this. You think it's unreasonable to compare another flagship SoC to the SoC in a phone of this price? This is precisely why I called you a fool. Now I'll give you a chance to redeem yourself. Come up with a valid argument against my previous reply.

Every two days we see a new Oppo phone release..seriously guys arent you tired of this??
Reno this Reno that..like how many of this phones got released this year till now?

Yourdoom*, 10 Feb 2020Seriously do you even read the specs or just grab you key p... moreWow congrats on failing to realize how fast that is. Eat your own words fool. The 765G is one of the more recent failures in performance. Qualcomm decided it would be a good idea for some reason to put 6 slow cores and 2 mediocre cores instead of 4 fast cores and 4 slow cores in chipsets like the 765G. For that reason despite the fact that it's using the 7nm process, it's still slower than the 2 generation old 845. In fact even the GPU is still really only on par with the 835. The 865 is just short of twice as powerful as the 765G.

Why the hell is this so overpriced. The 765G can't even match the 845. Literally the only redeeming feature is OIS.

Shady69, 10 Feb 2020this is just a normal phone but with 5G, why the hell its t... moreSeriously do you even read the specs or just grab you key pad and start typing like a idiotic baffoon .. It Says snapdragon 765 with 7nm do you even know how fast it is... It has 8gb ram and adreno 620 so this is a midrange flagship phone...

this is just a normal phone but with 5G, why the hell its too damn expensive? the chipset ain't worth nearly 200$