Earlier this week a mysterious Oppo phone turned up on TENAA with design similar to the Oppo F17 pair, but with an LED flash behind the fourth circle in the camera setup.

Reports from Weibo claim a new device called Oppo Reno4 SE is on its way, and the specs align with the listing at the Chinese regulatory, meaning a launch is right around the corner. 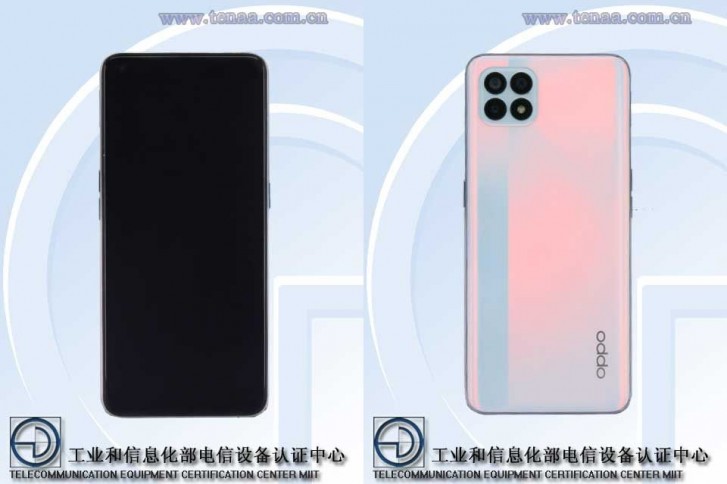 The leakster claims the Reno4 SE will have a Dimensity 800 chipset, coupled with 8GB RAM and 128 gigs of storage. The front of the phone will have a 6.43” Super AMOLED by Samsung, a single hole for the 32MP selfie camera, and 90Hz refresh rate.

The trio of cameras on the back will come with a 48MP Sony IMX586 sensor for the main shooter + 8MP ultra-wide-angle cam, doubling as a macro shooter + 2MP depth sensor. The battery is said to be 4,300 mAh, which isn’t so impressive, but it will charge in no time with the 65W fast charger.

Like other phones sporting the Dimensity chip, this will be China Only IMO.

If it's tri-cam is gunna be wide-tele-UW instead of those gimmicks. Interested...