Oppo introduced the Reno7 series back in November 2021, and now the lineup is finally starting its global rollout. The first market is India, where we saw an introduction of the Oppo Reno7 Pro with its 50MP main camera with a Sony IMX766 sensor.

It was accompanied by a vanilla variant called Oppo Reno7, which is different from the Chinese in some key fields like the chipset and the size. 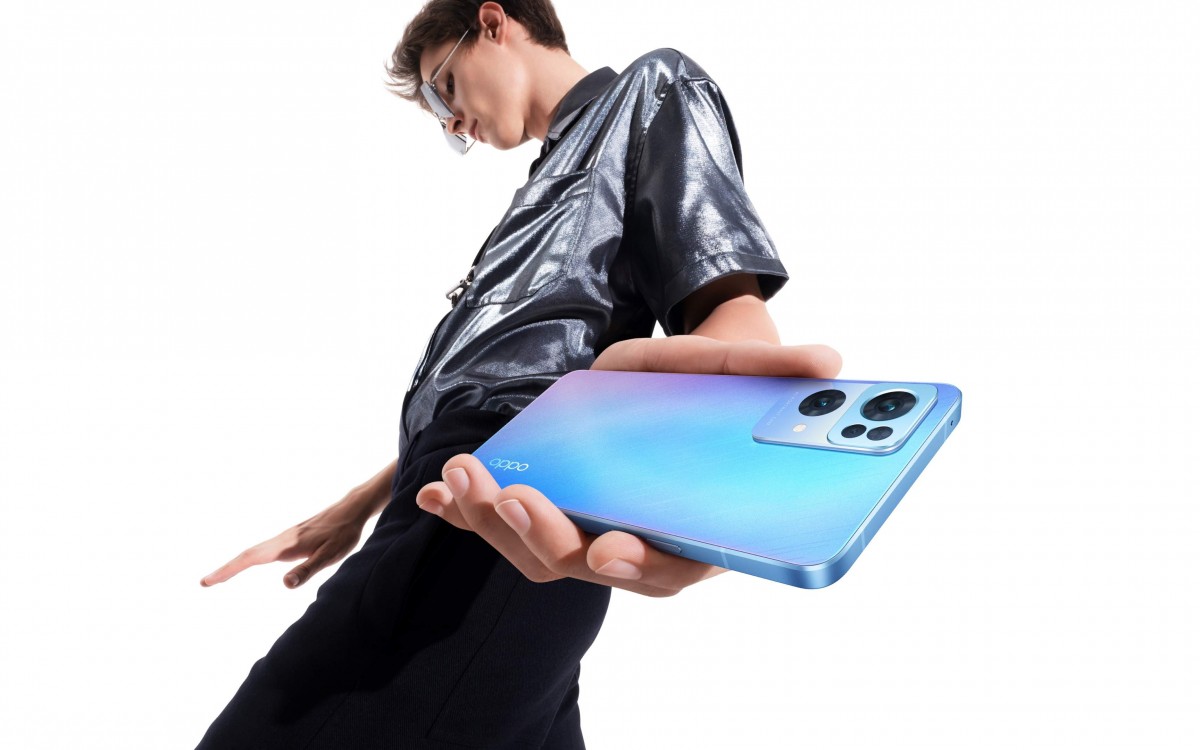 The Oppo Reno7 Pro comes with a Dimensity 1200 Max chipset with 5G capabilities and 12GB RAM. The company claims the memory can expand by up to 7GB with the Dynamic RAM expansion by using some of the 256GB storage to dump files that aren't immediately needed.

At the front the Reno7 Pro has a 6.5” 90Hz AMOLED display with a punch hole in the top left corner for the 32MP selfie camera with a Sony IMX709 sensor. 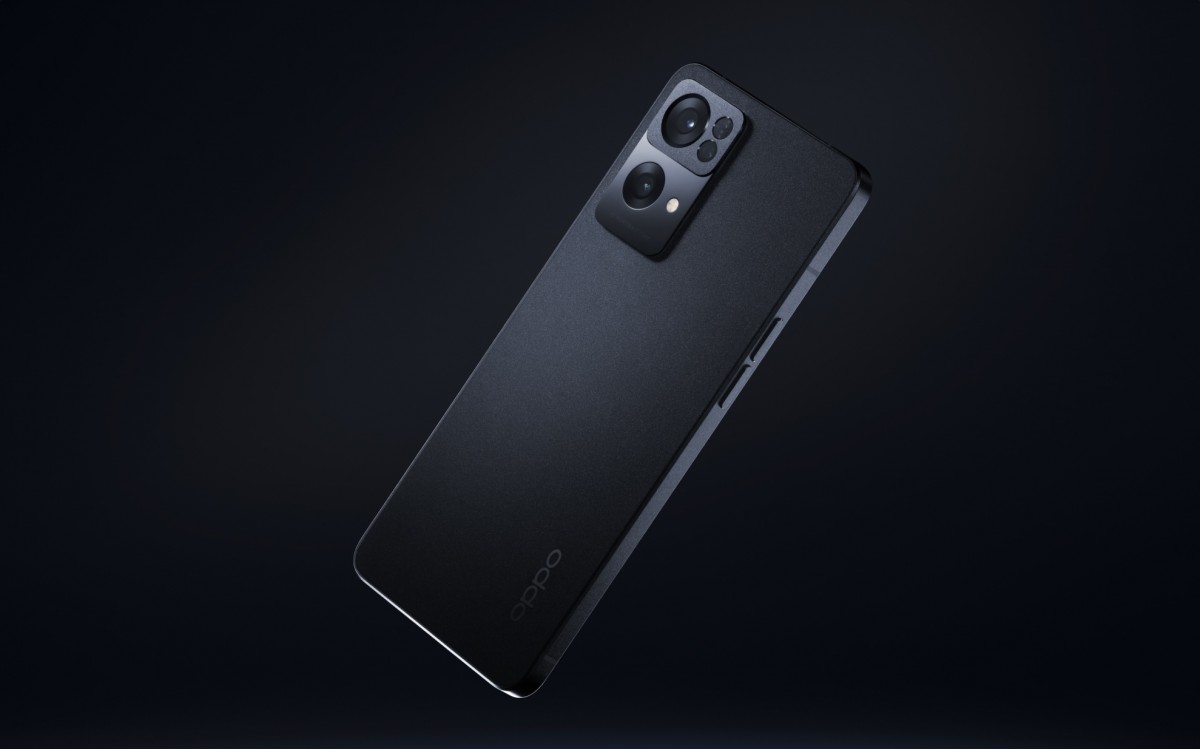 Around the back the 50MP (1/1.56") f/1.8S main shooter is shared with a high-flying Find X3 Pro. The 8MP ultrawide and 2MP macro cameras aren't quite as impressive, but it's still a very solid setup overall.

The 4,500mAh battery supports 65W SuperVOOC 2.0 fast charging. The Reno7 Pro will launch with ColorOS 12 out of the box, but the interface is based on Android 11. 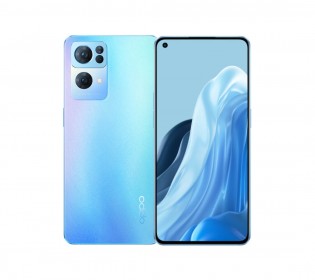 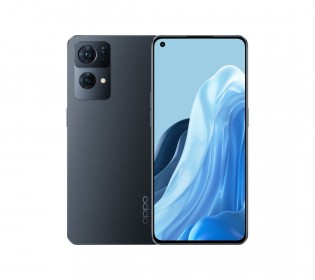 The global Oppo Reno7 has the Dimensity 900 chipset compared to the Snapdragon 778G in the Chinese version. It is still built on the 6nm node and has some its high-performance cores running at 2.4 GHz. The phone will be sold in India with 8GB RAM and 256GB storage.

Its 6.43” AMOLED display with 90Hz refresh rate and 180Hz touch sampling rate matches the Chinese version and so does the camera setup. That means a 32MP selfie camera and a 64MP main camera on the back. There's also the 8MP ultrawide and 2MP macro snappers shared with the Reno7 Pro. 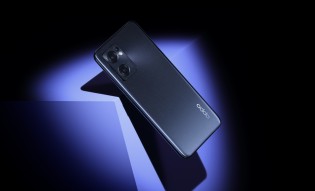 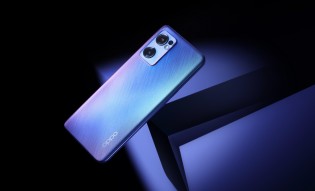 Since the phone is coming with a different chipset, Oppo had to make some internal rearrangements. The thickness has slightly increased to 7.8 mm, but the weigh dropped by 12g to 173g, compared to the Chinese Reno7.

Another minor concerns the battery - while the capacity remains 4,500 mAh, Oppo certified the Reno7 for 65W SuperVOOC in India, compared to the slightly slower 60W rates at the home scene. 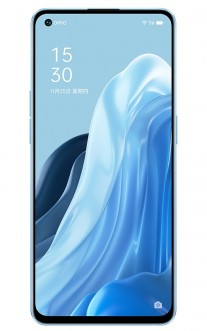 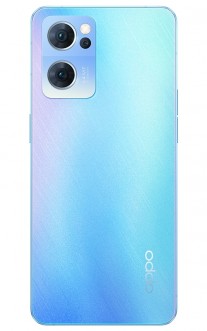 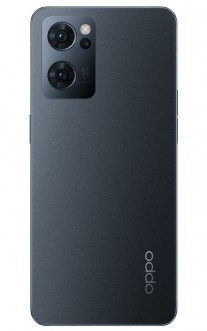 The Oppo Reno7 will arrive in Blue and Black at Flipkart, Oppo's website and select offline stores. Price will begin at INR28,999 ($390), with the first sale scheduled for February 17.

The Reno7 Pro will be available in Blue and Black over the same channels as its vanilla sibling for INR39,999 ($535), starting on February 8.

The event also saw the arrival of the Oppo Watch Free which is a device bridging the smartband and smartwatche categories with its rectangular body. It has a 1.64” AMOLED and the company promises a long battery life. The price is INR5,999 ($80).

Another device we saw on stage was the Oppo Enco M32 neckband earphones in Green. It is already available at Amazon India for INR1,799 (less than $25), when purchased in Black, and the price will remain the same for the new color as well.

check this : https://youtu.be/9Bj-2v6oVdA very nice photos natural realistic photos Reno7 makes, no fake saturation like apple or samsung Oppo reno came up first with bokeh video and it is awesome

check this video how photos looks completely fine and natural and no added stupid saturation how samsung and apple does... PS guy using 4k@24 in his YT channel

Look amazing; I am very excited to use this phone