Oppo is all set to unveil its Reno 2 series on August 28 which is said to include three models - Reno 2, Reno 2Z, and Reno 2F. Specifications of the Reno 2 and 2Z have already leaked, and now we get to know about the 2F as well.

According to the latest report, the Reno 2F will be powered by a Helio P70 SoC which will be paired with 8GB RAM. The smartphone will have 128GB of storage onboard and will sport a 6.53" FHD+ AMOLED display with a fingerprint reader embedded in it.

The Reno 2F will come with a quad camera setup which will have a 48MP Samsung ISOCELL Bright GM1 as the main sensor joined by an 8MP ultra-wide-angle and two 2MP sensors with design filters. 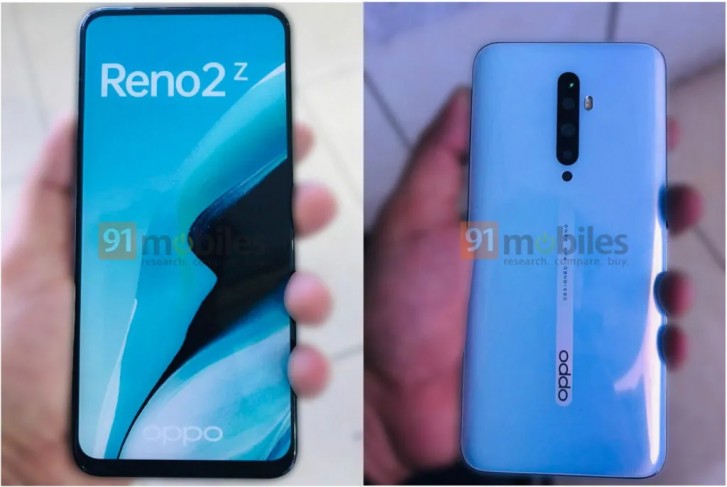 The 2F will have 10x digital zoom like the 2Z, but unlike the other two smartphones in the series having an Ultra Dark Mode, it will come with an Ultra Night Mode 2.0.

Moreover, unlike the Reno 2 which will have a shark fin-style selfie camera, the 2F will feature a pop-up module raising from the center of the frame like the 2Z.

You can check out the leaked images below comparing the features of the Reno 2, 2Z, and 2F.

Oppo is also expected to unveil the Reno A at its August 28 event.

Oppo Reno A leaks, shows off its mid-range looks

The smartphone has a competent Helio chipset and a solid battery