The official launch date and price for Europe are still kept under wraps, but rumor has it that the phone will be unveiled in Zurich on April 24 and it will cost €500 (presumably, this is for the base version). 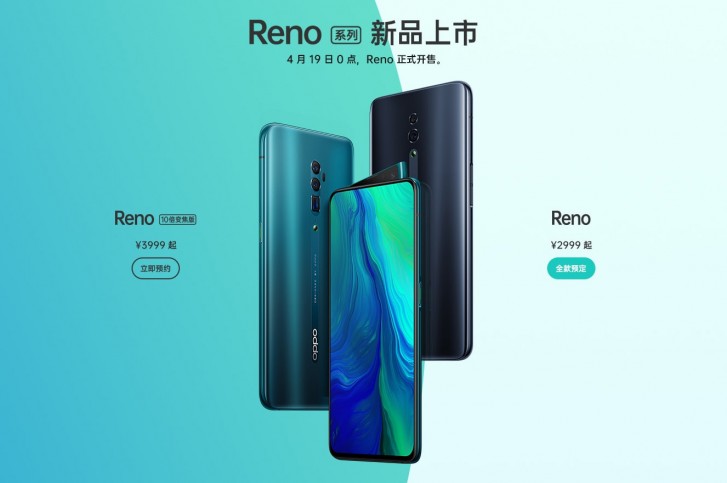 The Oppo Reno 10x zoom will also go global, but Oppo hasn't shared details about that yet. It’s expected in China in mid-May at a price of CNY 5,000, which suggests a euro price north of €800.

Expect official details about the global launch of both phones at the Zurich event. It’s possible we’ll see the 5G version of the Reno as well.

Yeah, this is totally going to sell well. It's a fantastic alternative to the P30 Pro

Depending on camera quality i will. No notches for me.