Unlike the Chinese version of the software, ColorOS 12 is based on the stable Android 12 and Oppo promised to deliver it to 52 of its devices by the end of 2022. The company even shared a roadmap on when to expect ColorOS 12 for your Oppo handset. Note that the timeline shown below is for the beta version, the timing of the stable update isn't known yet.

Naturally, the Find X3 Pro are the first to get it and the rollout for that one begins today (the rest of the X3 series will have to wait until next year). The current rollout covers only Thailand, Indonesia and Malaysia. Another restriction is that you need to have an unlocked phone (i.e. carrier models can't get the beta). 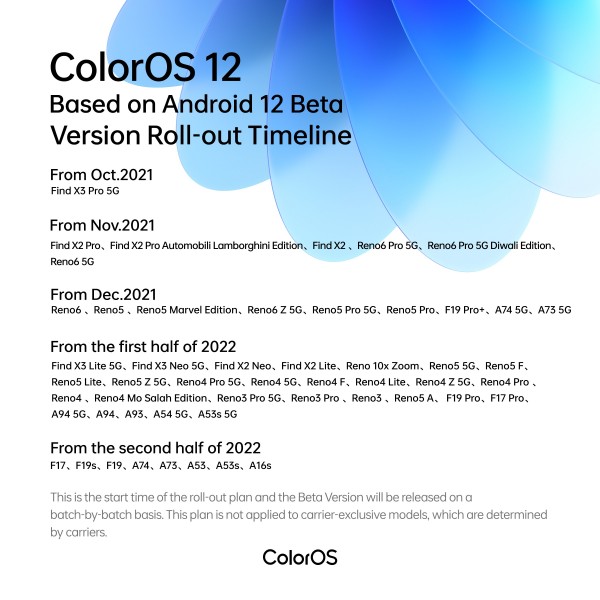 The Find X2 series and select Reno6 models are set to get the beta next month. The remainder of the Reno6 lineup, plus the older Reno5 models and a few other phones are getting it in December. 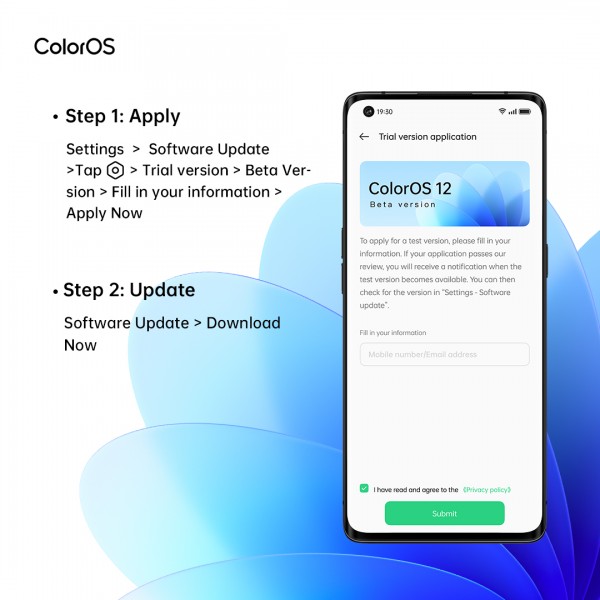 As of now, there's no official roadmap for the global OnePlus devices. Only the Chinese versions of OnePlus' handsets are getting the ColorOS 12 treatment early. This means that current devices will keep OxygenOS for the time being.

Leakster: the Oppo Reno7 Pro will use a 50MP Sony IMX766 sensor

ColorOS 12 public beta arrives, OnePlus 9 phones first in line to get it

I mean, if you agreed to install the beta version of the new OS, then you shouldn't be really complaining about the performance.