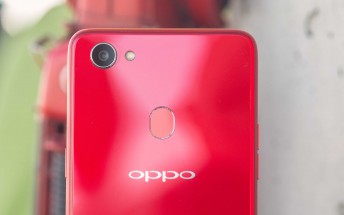 Two days ago Oppo Malaysia teased the new F9 will have a tiny notch like the Essential PH-1 and the Sharp Aquos S2. Today the global Oppo account took it to Twitter with two more teasers, effectively confirming the design. The images show a tide coming at a beach, formed like the Oppo F9 front and an underwater cave with a rock neatly positioned to mimic the notch. 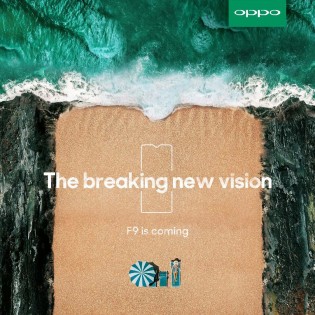 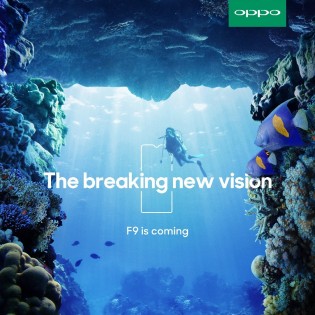 All three teasers of the Oppo F9 have the same water-related theme, suggesting the phone will have waterproofing with at least IP67 compatibility. Since the F-series of Oppo is selfie-oriented, the small cutout should have at least 25 MP snapper, the same as in the Oppo F7, the current leader of the midrange portfolio.

Oppo teasing the notch on the F9 is one thing, but the company also showed the front of the F9 Pro - its first non-flagship with VOOC in more than a year. There is a huge possibility that both devices will have the same front, but we are still waiting for the Chinese manufacturer to set a launch date for the duo.

Oppo Find X in for review  watch the unboxing video

Slowdown kinda depends on software not hardware.. besides I don't think P60 would slow down to extent that 450 would be faster....

Yes performance wise there is sea level difference. But I know SD 450 phone won't slow down like P60