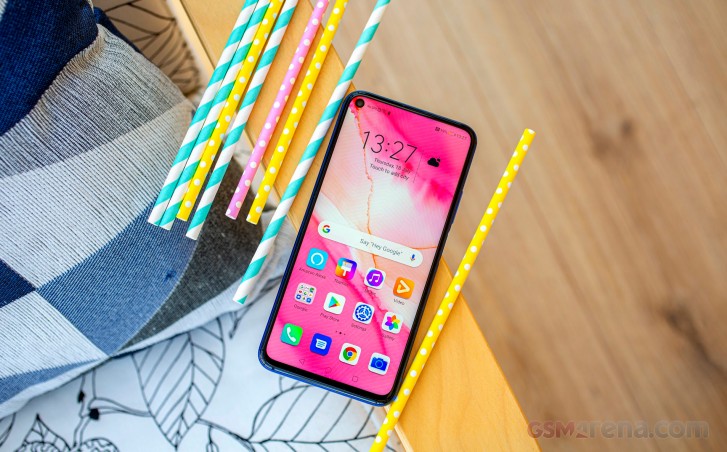 Both phones have what it takes to compete with a flagship device: a large display, huge battery, flagship chipset (Kirin 980), and a four-camera system with versatile uses. However, the display is where Honor cut costs by using IPS LCD instead of OLED panels. The hole-punch 32MP selfie camera also eliminates the need for a pop-up mechanism or notch. Both phones have a 6.29-inch All-view IPD LCD screen with Full HD+ (1080x2340 px) resolution.

There’s also a fingerprint sensor, but it isn’t under the display. Honor has placed the fingerprint sensor on the side, embedded in the power button. This is entirely new for Honor so we might expect to see it in future Honor phones or even lower-end Huawei devices.

Both phones quad cameras consisting of a 2MP macro sensor, a 16MP ultra-wide camera, and a main 48MP camera with quad-bayer filter. Although both have quad-cameras, the 20 Pro replaces a 2MP depth sensor on the 20 in favor of an 8MP telephoto camera.

The Honor 20 Pro pushes photography even further than the View 20 achieved, with improved Night Mode and the addition of OIS, which the View 20 didn’t have.

Watch the review to see if the Honor 20 to see if either model is for you.

honor 20 pro have big size with designer look and upgraded feature facility. These phone models are best buy. Protection is must for phone models..mobile back covers give the stylish look with premium protection.these type of covers available only on...