The Honor 30 lineup, consisting of Honor 30, Honor 30 Pro, and Honor 30 Pro+ went on its first sale in China earlier today. The flagships sold out in seconds, and the company revealed it gathered CNY300 million in sales (over $42 million). Simple calculations reveal there were between 54,000 and 100,000 units pushed. 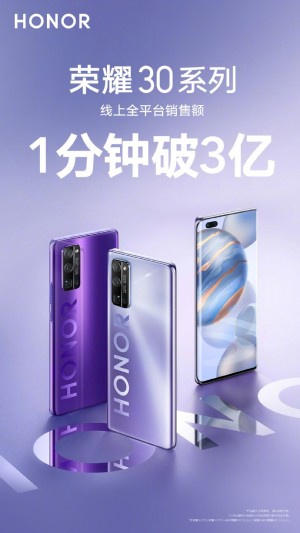 Honor launched the three phones last week. The vanilla Honor 30 is obviously the most affordable choice, with prices starting from CNY2,999 and comes with the brand new Kirin 985 chipset.

You can still buy phones on the internet.