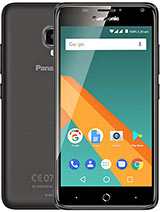 Its phone will support in cast screen

Why would you put a software home button on a phone that has a physical home button. You don't need 2.

This phone will be huge. More hits more interest. Gotta love that wallpaper.

Its still twice as fast as Lenovo A.
Lenovo A have only 512 mb ram and 4gb of disk space.

Saw the brand and got excited. Saw the specs and I was crushed. My beloved Panasonic releasing a phone with only 1gb of ram?? Gd :/ even 2gb struggles these days

Anonymous, 07 Sep 2017is that the same exact wallpaper from HTC 10? jesus christI'm viewing this on a HTC 10. Had to click on this phone after I saw they took the wallpaper. My tummy hurts from all the laughing. Oh Lord...

Why even have phones for three year olds? If you're simply cheap BestBuy has almost 50 Unlocked Phones ranging from $30 to $80, the LG K7 has comparable Specs (even LTE) and is a year and a half older for a lower price.

This has Specs that are several years old and only a few features that are acceptable. What's a baby supposed to do with this, there no suggestion it's a Toughbook and can take a good smashing. You're not going to need GPS, do you let your baby out of sight and need to track them down.

BEST PHONE for kids to understand tech, because low tech phones force you to learn on how to run better apps

These are chienes rebranded phone

is that the same exact wallpaper from HTC 10? jesus christ