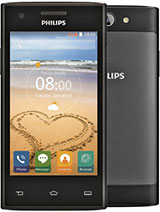 how can update to latest version of this phone

The phone is loaded with inbuilt malware i guess. Or might be having some serious security issues. After few months of use, phone get flooded with malware and it remains installed after hard reset. I rooted the phone and remove play store , apk installer , package installer ,etc . But still the malware comes back. It downloads lots of apps, subscribe to network packages(vodafone) and tons of ad such that you could not even attend an incoming call.

No authentic ROM available . I bought two phones and the one of it was used by my mom . Even her phone started to install malware when connected to WiFi after 8 month since it is brought . It is a clear indication that malware and virus are in built . I was using in for 6 months and i started to see the issue around 3 weeks back.

Now i have no other option but to throw it off and buy a new one.

There is no genuine ROM available in internet . There are no service centers .

I was using 4GB model with dual sim.

I have a Philips s309 handy i have only 3 leanguage Spanisch Portugues and English-
I want to have a other Langues Dush and German. Can sum body tell my how to do it-

Great phone in 2499/- this one complete basic needs i bought it before 4 Months ago it is working nicely,just awesome

This is worrest prodcut, i got one mobile, problem with signal chip, no service centers in chennai