Online retailer Flipkart has put up a teaser on its site confirming the imminent launch of the Pixel 7 series in India. According to the extremely brief teaser page, both the Pixel 7 and Pixel 7 Pro will be launching in India "soon". 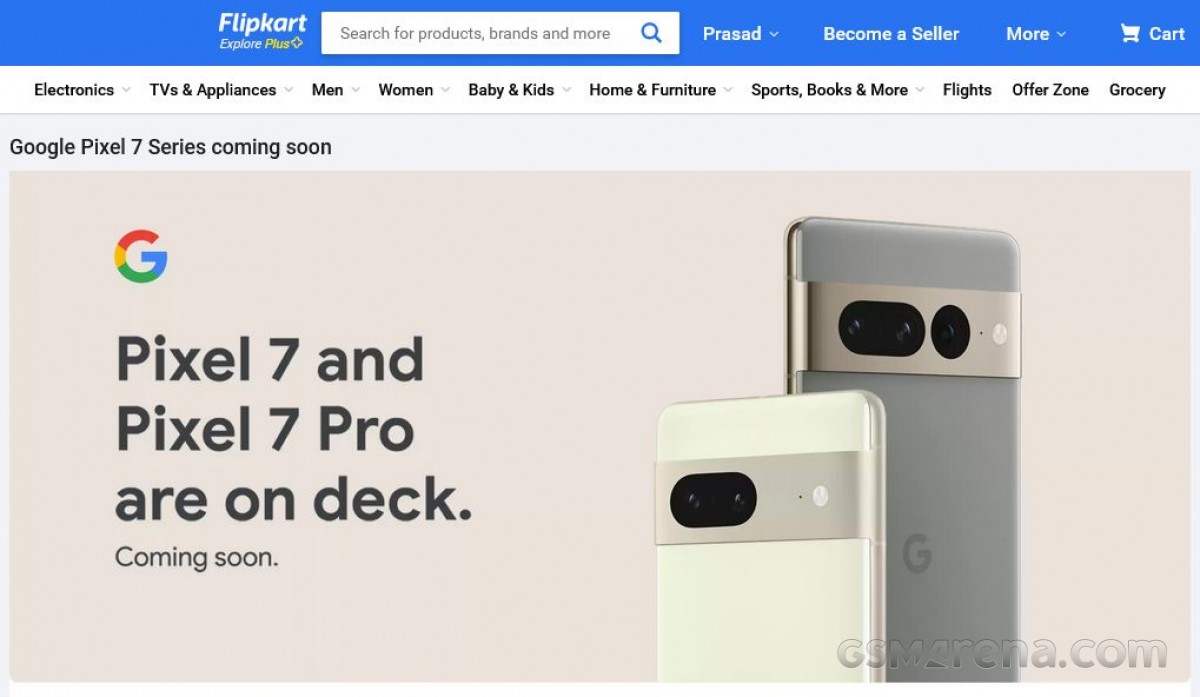 While this is true in other parts of the world as well, the important thing to note is that Google had stopped releasing mainline Pixel phones in India after the Pixel 3 series. This means that the Pixel 4, Pixel 5, and the Pixel 6 were never launched in the country. Instead, the company focused on launching select A-series models, including the Pixel 3a, Pixel 4a, and most recently, the Pixel 6a.

The launch of the Pixel 7 series will be the first mainline Pixel phone in India since 2018. Flipkart, who has been the online retail partner for Google for all Pixel launches, has no further details to offer regarding the launch at present.

We reached out to Google India for a comment but the company could not confirm the announcement, suggesting Flipkart may have jumped the gun a bit. We will update the article when we get further confirmation and details of the launch.

No, the dimensions will definitely be bigger since Pixel 4a had 5.8 inch screen and Pixel 7 will have 6.3 inch screen.

This could be a good replacement for my pixel 4a if it comes in same dimensions or smaller. So excited!

Great News !! Thanks Google for understanding the Indian Consumer Market ! Pixel 6 and 6 Pro were sold extensively through imported/gray market without service support. Pixel Fans had no other way. Waiting since long for the Pixel Flagship to lau...