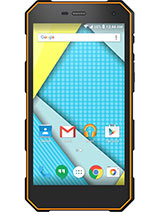 I love this phone

Charge time is slow but the battery lasts A LOOOONG time. I used it today rather often with a few different apps including the camera and flashlight, only lost 20% in an 8 hour workday. My only complaint is the speaker is semi-loud but does not play music in a graceful quality, disabling the built in "enhancements" corrected it.
Unlocking Dev options allow OEM bootloader unlocking out the door for your various needs. 1GB ram is a little slow, but not unresponsive. If you use it for a work phone like it is made for, perfect fit for 99$.

AnonD-716026, 16 May 2018I know someone who has this phone. According to him, it takes ab... moreIt's because his phone takes microusb 2.0. And that in itself, we all would know how long it takes to charge a phone.

Anonymous, 24 Jan 20185000mAh battery without quick charge looks quite risky... how mu... moreI know someone who has this phone. According to him, it takes about 7 hours for a full charge (that's without using the phone itself!)

5000mAh battery without quick charge looks quite risky... how much should it take to fully recharge this phone battery? 3 or 4 hours!?
Plus... 1 GB of RAM seems like a problem

Time to wake up and realized that less than 4.0 Gb. RAM means nothing regardless the price.

BAttery life is exceptional, but the other parts of the phone arent really special