Xiaomi offshoot Poco will unveil the Poco C3 on October 6, and just a few days ahead of the unveiling, the Chinese maker has detailed the smartphone's rear cameras.

The Poco C3 will feature a triple camera on the back housed inside a squircle-shaped module together with the LED flash. The primary camera has a 13MP sensor, which is joined by macro and depth units.

Get ready to own the photography game. The #GameChang3r is arriving on 6th October @ 12PM on @Flipkart.

RT if you want to own the #POCOC3 before anyone else.

The triple camera setup has Poco branding underneath and you can also see that the C3 has a two-tone design. 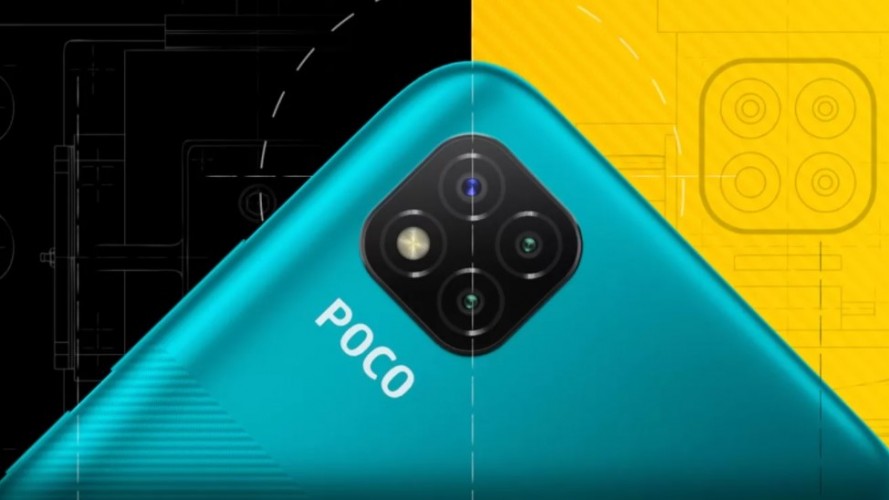 Poco hasn't revealed the entire specs sheet of the C3 yet, but the smartphone is rumored to be a rebranded Redmi 9C, which comes with a Helio G35 SoC, 6.53" HD+ display, and a 5,000 mAh battery that draws power through a microUSB port at up to 10W.

The Redmi 9C features a 5MP selfie camera and the tri-set on the back consists of a 13MP primary, 2MP macro, and 2MP depth sensor units. But like the Poco C3, the Redmi 9C doesn't have a two-tone design and the back has a textured finish from top to bottom. It also has "AI Camera" written below the rear cameras.

Paimon wants the C3 to enter the trashcan haha 😁 The G35 SoC is barely capable of rendering GI even at the lowest settings, despite being officially supported.