Poco India says it turns 1 year old today and while the company definitely had a presence in the country before 2020, we won’t argue against having a party. And by “party” we mean discounts on Poco phones – check out the sale over at Flipkart (it will run from today until Sunday). 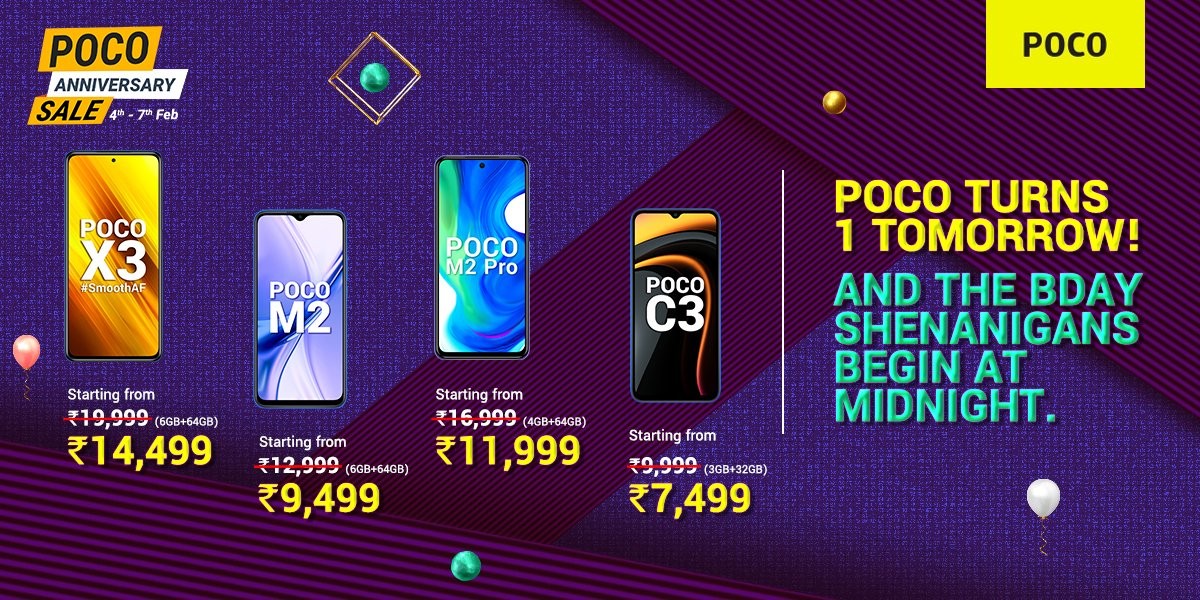 Among the offers is the Poco X3, which saw its price reduced by 25% and down to INR 15,000. It and other X-series phones have been quite successful – the company just announced that it has sold over 1 million units of X-phones.

It doesn’t specify whether this is just in India, but since this is reported by the Poco India account, we have to assume that it is. Soon, the X-series will gain a couple of new members as the multiple certifications have been issued for the Poco X3 Pro and the Poco F2 (non-Pro) was teased back in January. 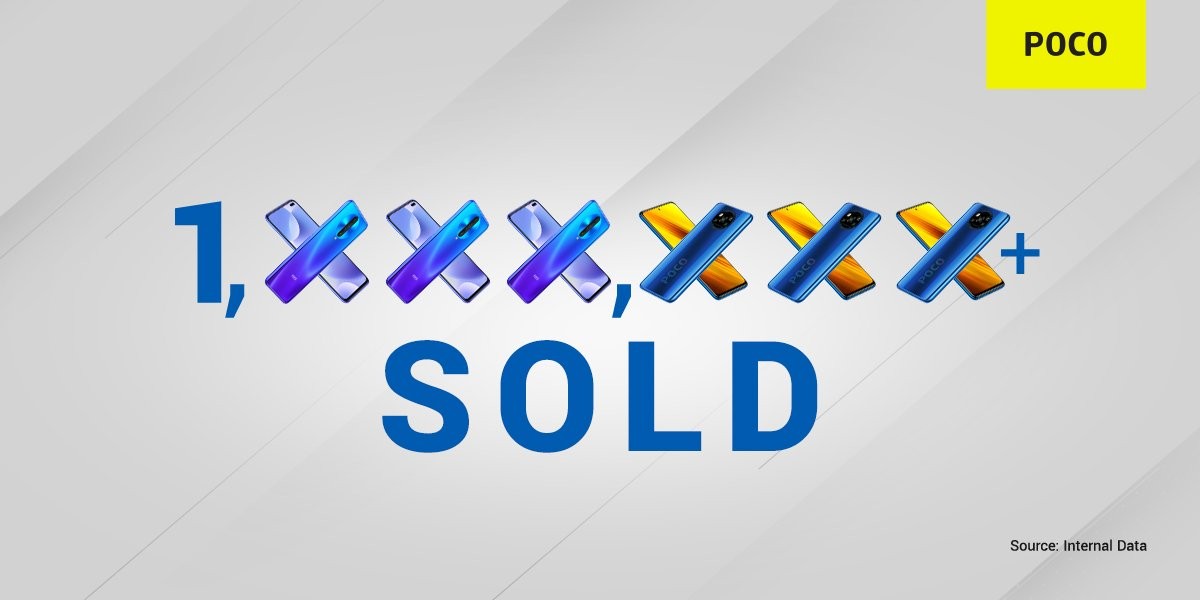 PS. It seems that Poco considers the Poco X2 announcement (on February 2 2020) as the starting point rather than when it announced its independence (January 17 2020). Anyway, call it birth or rebirth, we’re not arguing against having a party (and discounts).

Poco F2 teased on video, rumored to have Snapdragon 732G

Poco reaffirms its independence, has shipped 6 million phones across 35+ countries to date

Buddy, India was about a half a decade late to the LTE train and a half a year late with the launch of every phone. Just look at the front page of gsmarena. The X7 release in India is just now there meanwhile the rest of the world got it half a year ...

Bud you're forgetting 6 billion other people.