The Poco F series used to be all the fuss, but its mid-range offerings started to look more promising as the sub-brand expanded. Enter the Poco X4 GT - a solid upgrade over the X3 GT from last year and possibly a more reasonable alternative to the standard Poco F4.

Undoubtedly, the MediaTek Dimensity 8100 SoC is the star of the show. We've had the chance to test it out, and it shows an impressive price/performance ratio - more powerful and more efficient than the Snapdragon 870, yet capable enough to rival even the Snapdragon 888. Some compromises had to be made to squeeze in the recent Dimensity 8100 into the Poco X4 GT's price, and that's the screen. An IPS panel instead of an OLED would have to do. 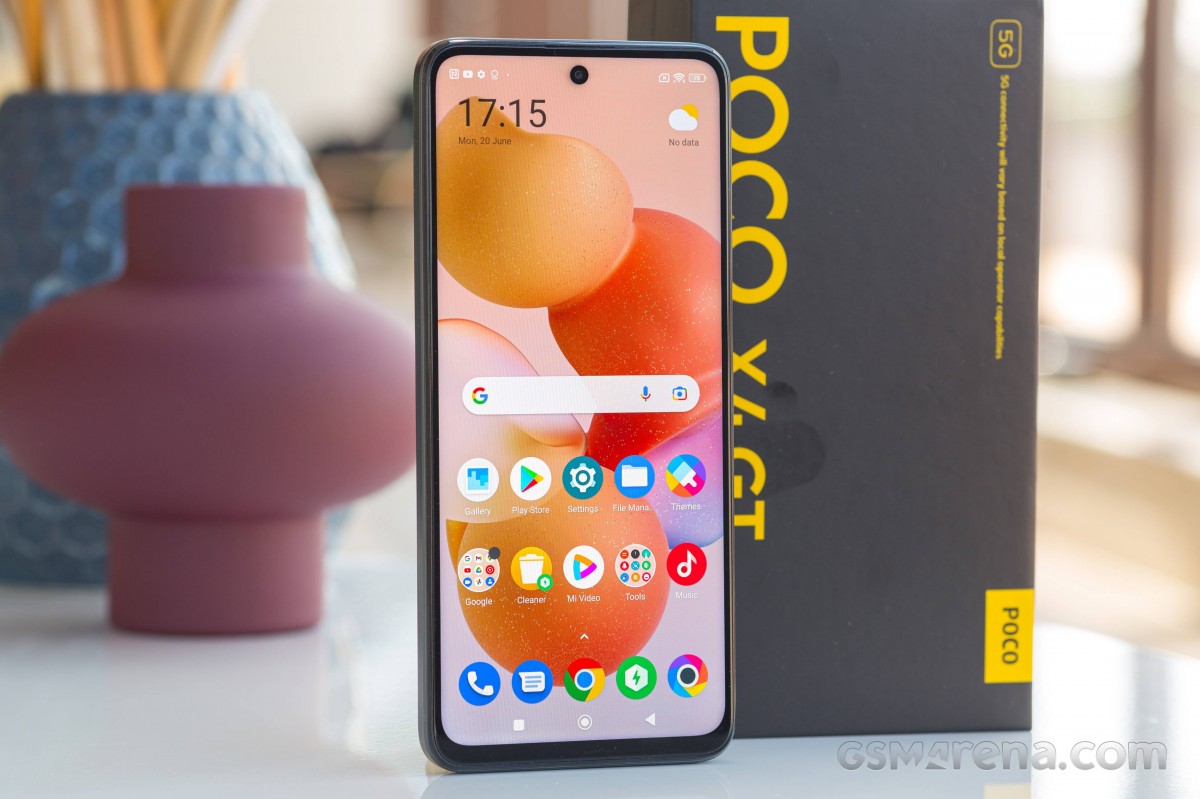 Speaking of, since there's a GT in the name, the handset is tailored towards gaming. The cooling design has been tweaked and now provides a 32% bigger cooling area with seven layers of graphite. No need to worry about Bluetooth latency as well - Xiaomi is bringing the jack back after being axed in the Poco X3 GT.

No change in the battery department, but we weren't expecting any to begin with. A 5,080mAh battery is plenty competitive and charges quite fast over Xiaomi's 67W charging standard.

Last but not least, the X4 GT swaps out the main 64MP sensor for a bigger one this year. It's nice to see the successor being upgraded in almost every aspect. At least on paper, that is. We take a deeper dive beyond the specs in the following pages.

There's nothing out of the ordinary inside the Poco X4 GT's box. It has all the usual user manuals along with the appropriate 67W charger and a USB-A to USB-C cable, also used for data transfer. 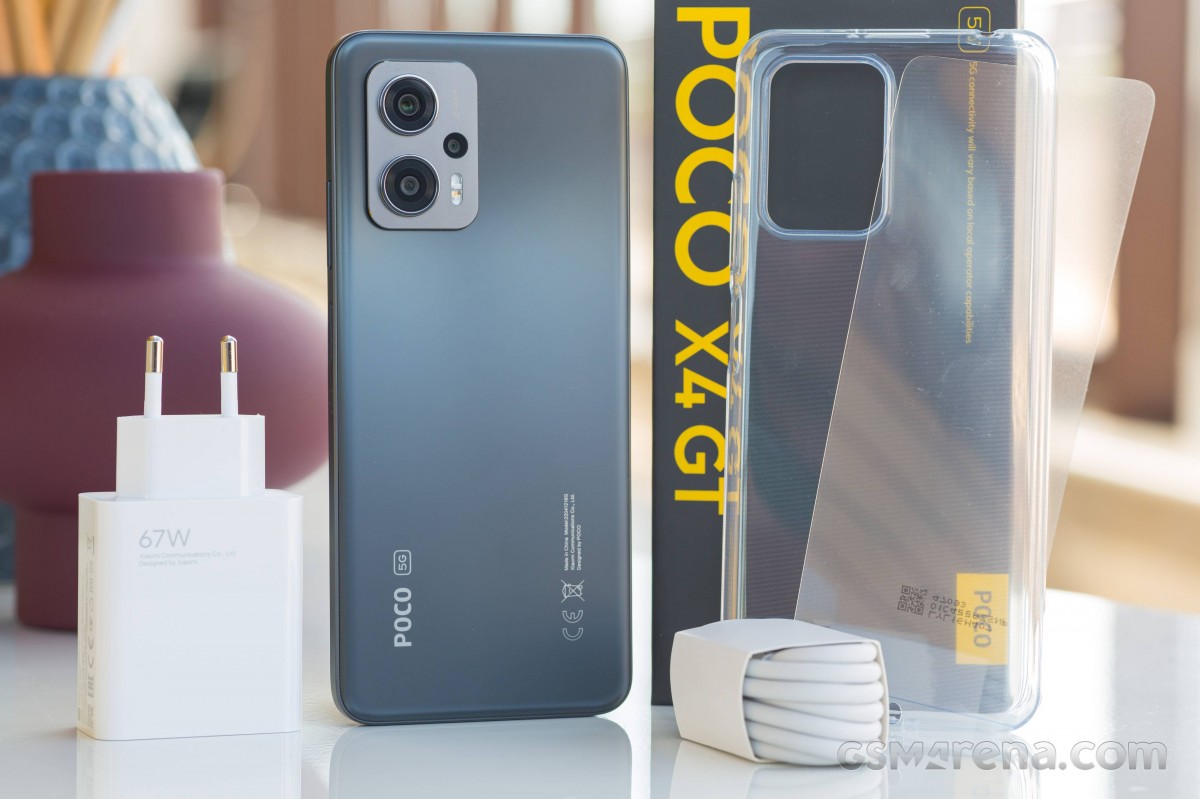 There's also a bonus transparent silicone case in there that fits very well.

I want to change my poco f4 > this phone x4 gt Its worth?? bcuz i like lcd panel + headphone jack

display is too yellowish and the selfie camera it bad, u look like a computer poor graphics.