Now that the Mate 8 is official, Huawei has switched to delivering the final touches for the upcoming P9. The successor to the P8 is probably due in a few weeks, and because of that we're seeing more and more leaks and rumors about it.

Today's information about the P9 comes in the form of a leaked schematic that is allegedly of this handset. As you can see, it marks a pretty big departure from the design of the P8 from 2015. 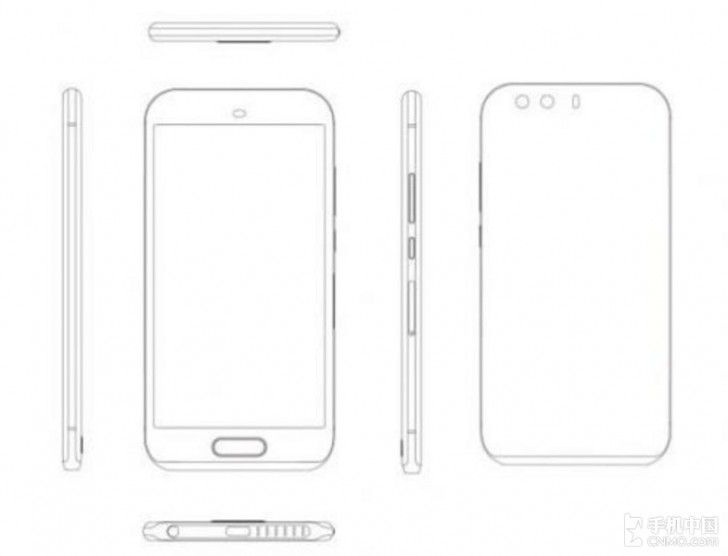 There's a physical Home button on the front under the screen, which surely houses a fingerprint scanner - because otherwise there would be no need to forgo the software-rendered Android buttons. On the back we see a dual camera setup (which we've heard about before), along with a dual-LED flash. There's a sole speaker on the bottom side of the phone, with the 3.5mm headset jack nearby.

The frame of the device is clearly going to be made out of metal, but it's unclear if this will extend to the back as well, or if that will be a sheet of glass.

According to past rumors, the P9 should come with a 5.2-inch 1080p touchscreen, the Kirin 950 SoC, dual 12 MP cameras on the rear, as well as a 3,000 mAh battery. It could become official at MWC in February, and we might see it in stores at some point in March.

Great, I just wonder how to press the backside fingerprint scanner under GPS use in a car holder.