An image, purported to be of the 2017 variant of the Sony Xperia X has leaked online. Claimed to be a press image, the leak shows the front of the black version of the smartphone. 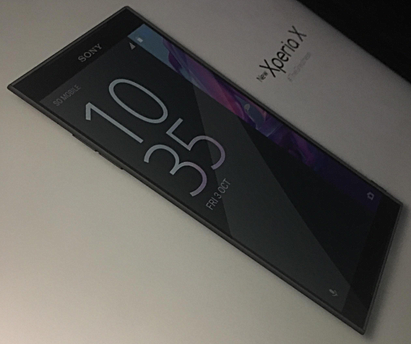 Given the angle at which the picture is taken as well as the color (black) of the model, the position of the sensors isn't clear, although the phone does seem to have very thin bezels. We also notice the volume keys have been moved to the left side now.

There's also some text below the "New Xperia X" moniker, but that's also not clearly visible - reports, however, say it could be #TheGreatest.

We currently cannot confirm whether the leaked image is legit or fake. So, needless to say, don't take anything for certain just yet.

You're the ignorant one. Foxconn factories are in Shenzhen. That's a Chinese company for all I care.