The Alcatel OneTouch Idol 4s was recently accidentally listed on the company's website, revealing all specs ahead of the alleged MWC announcement. What it didn't tell was that the upcoming smartphone will come bundled with a VR headset. 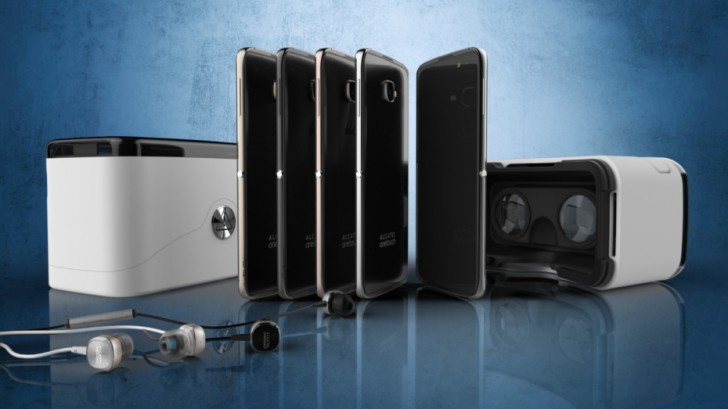 Or rather, inside one. The retail packaging of the Idol 4s will double as a Google Cardboard-style rig, only made of plastic. Having in mind that Samsung sells one of these (the Gear VR) for $99 or $199, depending on generation, the inclusion of a VR headset with the smartphone is a nice touch, especially considering its alleged sub-$400 price point.

The Idol 4s will also have the hardware to facilitate its VR use - a 5.5-inch QHD AMOLED display, Snapdragon 652 and 3GB of RAM. There will also be a 16MP/8MP camera combo, each with a flash, and the reversible design of the Idol 3 will be taken to the next level.

Very comical! Let's run a HTC Vive with Intel on board graphics while we are at it!

Seeing as how samsung is giving a VR headset away with their devices, and alcatel is shipping their devices in one, I'm gonna assume that alcatel has had this idea for a much longer time. Also this blog was posted before the samsung one, but i ...